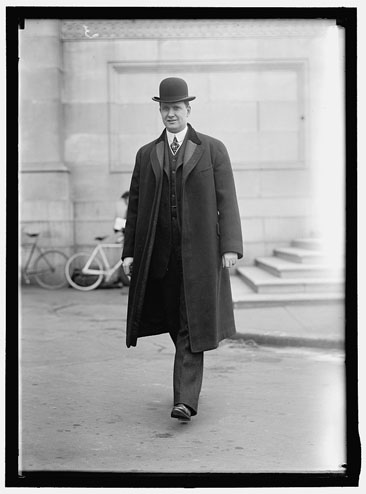 Luke Lea, newspaper editor and publisher, U.S. senator, financier, attorney, and World War I hero, was born at the family ancestral home in Nashville, Tenn., the son of Overton and Ella Cocke Lea. His paternal and maternal ancestors were of prominent North Carolina and Tennessee families. His great-grandfather, Luke Lea, served in the U.S. House of Representatives. Educated by private tutors in his home and at the University of the South at Sewanee, he received a bachelor of arts degree in 1899 and a master's degree in 1900. He was graduated from the law school at Columbia University and began to practice law in Nashville in 1903.

In 1907 Lea founded the Nashville Tennessean, of which he was editor and publisher. Becoming a dominant force in politics, he reached the peak of his influence in 1911, when the legislature became hopelessly deadlocked in the naming of a U.S. senator, Lea, a Democrat, was selected as an advocate of prohibition and elected, taking his seat on 4 Mar. 1911 at age thirty-three. Although involved in the political battles of his home state from the outset, he was unsuccessful in his bid for renomination in 1916. His senate term ended on 3 Mar. 1917. Lea was a vigorous foe of the E. H. Crump organization. He continued to be influential politically until the collapse of his publishing and financial empires in 1930.

After leaving the senate, Lea returned to Nashville and organized a volunteer military outfit which, on 6 Apr. 1917, became the First Tennessee Field Artillery. With the rank of lieutenant colonel, he was its commander until 18 October when he became colonel of this regiment of the Thirtieth Division in World War I. An imposing military figure, colorful and daring, Lea led the all-volunteer regiment in many battles. During the lull just after the armistice and the kaiser's abdication, he and a group of younger officers made a bold trip to Holland to capture the kaiser at his retreat. They got to the doorway of the retreat, but the coup attempt failed when the kaiser refused to turn himself over to Lea and his officers. The episode became an international incident, Holland protesting that its neutrality had been violated. Colonel Lea received the Distinguished Service Medal before his discharge on 12 Apr. 1919.

Returning to Nashville as a war hero, he resumed his newspaper interests, expanded his financial holdings, and continued his political organization. The financial panic of 1930 took its heavy toll, ending his publishing and financial empires and crumbling the political organization that had dominated Tennessee politics. Lea was charged with violating the banking laws of North Carolina for his involvement with the failed Central Bank and Trust Company in Asheville. In a dramatic trial in Buncombe County Superior Court in August 1931, he, along with several others, was sentenced to prison. The North Carolina Supreme Court subsequently denied a motion for appeal, and the U.S. Supreme Court refused to review the case. Lea was extradited to North Carolina and served a prison sentence in Raleigh from 10 May 1934 until 2 Apr. 1936, when he was paroled. A year later he was given a full pardon. Many people felt that the crisis of the times had harshly singled out financial leaders, one of whom was Lea. On returning to Nashville, he was again given a hero's welcome: he was met by the mayor and driven into the city behind an escort of motorcycle policemen. While in Raleigh he was considered a model prisoner. He asked permission to sleep near the prison hospital ward so that he could attend to the sick inmates at night. The day of his discharge from prison, he was accompanied by several prominent North Carolinians who had known him during the war and during his trial.

Personal tragedy dogged him throughout life. While en route home from France he learned that his wife had died, and during his imprisonment his mother died and one of his sons was killed in an automobile accident. His first marriage was to Mary Louise Warner on 1 Nov. 1906. They had two sons: Luke, Jr., and Percy Warner. On 1 May 1920, he married Percie Warner, the sister of his first wife. They had three children: Mary Louise (m. Cromwell Tidwell), Laura (m. William N. Knox), and a son, Overton. Lea's second wife died on 7 May 1976 in Nashville. The Leas were members of the Episcopal church. In addition to their other accomplishments, they were known for their philanthropy.

After a brief period of declining health, Lea died at Vanderbilt Hospital. Burial was in Mount Olivet Cemetery, Nashville.