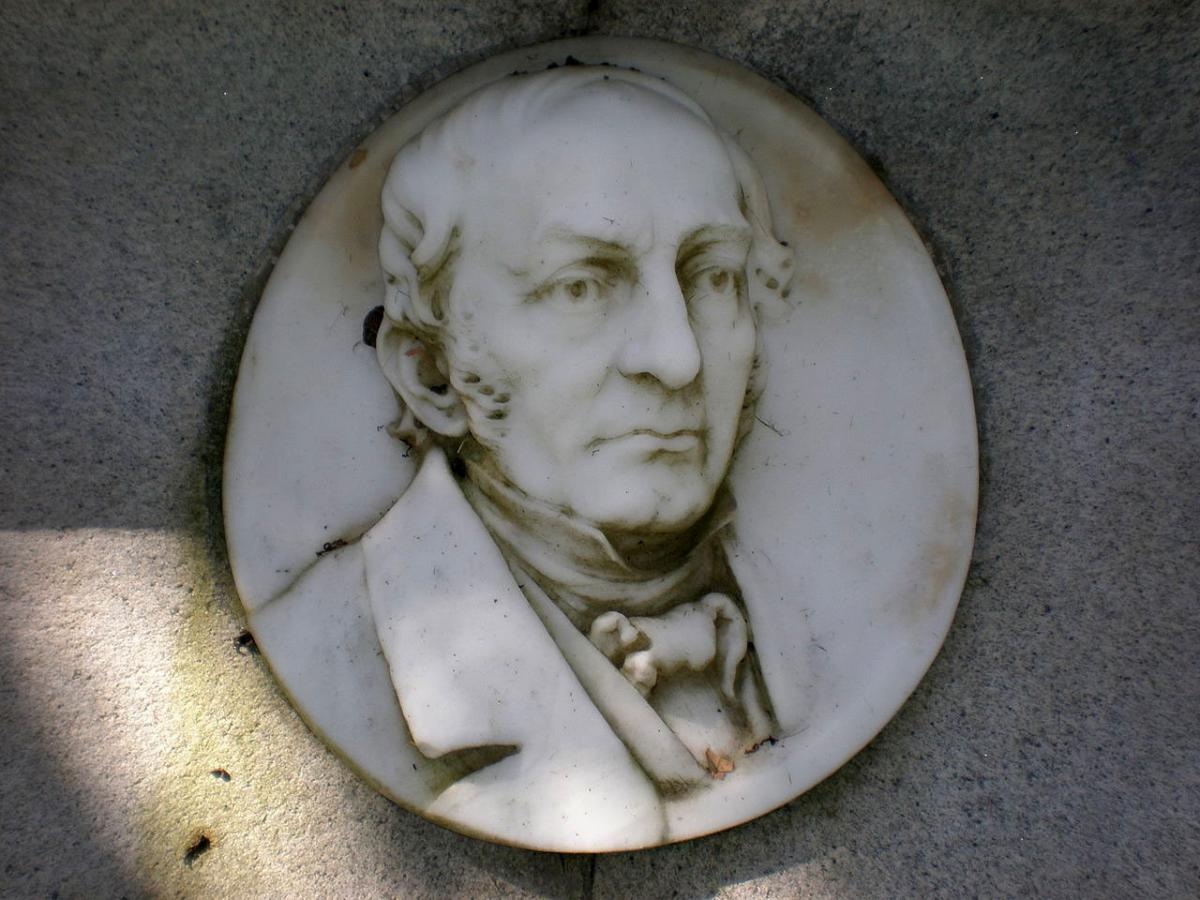 Thomas Oliver Larkin, businessman and diplomat, was born at Charlestown, Mass., the son of Captain Thomas Oliver and Ann Rogers Cooper Larkin. He was a descendant of Richard Warren, a passenger on the Mayflower, and his grandfather, Ebenezer Larkin, participated in the Battle of Bunker Hill.

On 8 Apr. 1808 Larkin's father died, and in 1813 Larkin's mother moved the family to Lynn, Mass. In 1817 Larkin was in Boston, where he had gone to learn the trade of making books. He had trouble with this work, however, because he could not tolerate being subjected to another's authority; he subsquently became dissatisfied with other jobs. On 20 Oct. 1821 he and his friend F. G. Thurston boarded the ship Maria and sailed for Wilmington, N.C., where they intended to "rise or fall together."

When the ship arrived in Wilmington, there were few people there, for the town was in the midst of a yellow fever epidemic. The two friends decided to stay, and Larkin took a job as a store clerk. Later, he tried his hand at business, but the ventures did not succeed. At least one failure was due to unscrupulous partners, prompting Larkin to write that he "did not believe there was an honest man south of Phila. and that he would trust no one south of that place."

In the early summer of 1824, Larkin went to New York and visited several towns in the area. Later that year he returned to Wilmington with his brother William and in October opened a store. In March 1825 he took a trip to Charleston, S.C., probably for business and health (it is suspected that he suffered from asthma); on the return trip via Fayetteville, N.C., he entered in his diary that the people between Fayetteville and Wilmington were "the most horrible lot in the United States." On his return, he found that his former partner, F. G. Thurston, had undermined him financially by spreading the rumor that Larkin was "a Southerner in every sense of the word, a gambler" and that he was "not only ruined in business, but in both body and soul."

In August 1825 Larkin closed his store, probably because most residents left Wilmington in the summer to escape the poor climate. On 18 August he opened a new store at Rockfish in Duplin County. Here his brother William died on 4 September. Later that year Larkin was appointed justice of the peace, and on 28 Jan. 1826 he became justice of the Duplin County Court of Pleas and Quarter Sessions. On 26 Sept. 1826 he received from John McLean the commission of postmaster, and a post office was established in his store at Rockfish.

Little is known of Larkin's life during the period 1826–31, except for a letter written in 1831. He had continued to travel between Wilmington and Boston, and by the latter year he had become tired of North Carolina. He decided he could do one of three things: go to Boston, marry a cousin, and settle down; get an appointment in the Post Office Department; or go to Monterey, Calif. Larkin chose the latter.

In September 1831 he sailed on the Newcastle, captained by his half brother John B. R. Cooper, and arrived in Monterey in April 1833. There he worked as a clerk for Cooper, and in the same year, with a capital investment of five hundred dollars, he opened a store of his own, selling, among other items, dry goods and groceries. In 1834 he expanded by opening a flour mill. Larkin developed a successful business trading with the Sandwich Islands and Mexico, and in 1842 he opened a branch store in Santa Cruz under Josiah Belden. In this period, he also became renowned for establishing a precedent in land speculation in the area.

In 1833 Larkin married a widow, Mrs. Rachael Holmes, a fellow passenger on the Newcastle, whose husband had died before her arrival in Monterey. She was known as "the first American woman to live in California." Their son, Thomas, Jr., was the first child of U.S. parents born in California.

Larkin was appointed a U.S. consul at Monterey on 1 May 1843. In 1845, "he was commissioned secret and confidential agent [by Secretary James Buchanan] with instructions to create a favorable feeling toward the United States, to impress the advantages of a union with that country [California], to counteract English sympathies, and to keep his government fully informed of the affairs." The following year, he turned his business over to Talbot Green and spent his time trying to get California into the United States. About this time Larkin received a message from President James K. Polk asking him to stir up a revolt and to provoke the Americans there into asking for annexation. After the War with Mexico, Larkin became the U.S. naval agent for California and a member of the California Constitutional Convention.

In 1850–53 Larkin and his family lived in New York, but he returned to California to attend to his property near San Francisco, which was developing after the Gold Rush. Here Larkin spent the last years of his life; he died from typhoid fever.