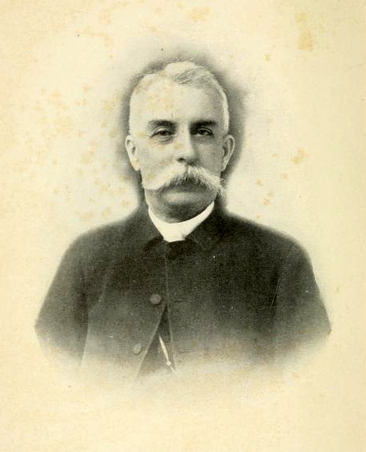 William Sterling Lacy, Presbyterian minister, educator, and writer, was born in Raleigh, the son of the Reverend Drury Lacy, Jr., and his wife Williana Wilkinson Lacy. His grandfather was the president of Hampden-Sydney College. Lacy received his early education in Raleigh. When he was thirteen, the family moved to Davidson where his father assumed the presidency of Davidson College. At age seventeen he was graduated from Davidson and entered Union Theological Seminary, then located at Hampden-Sydney, to prepare for the ministry. He was nineteen when the Civil War began, and he volunteered with the company that enlisted from Hampden-Sydney. His father was opposed to secession and withdrew young Lacy and his brother from the military unit. Within a year, as a volunteer private, Lacy served briefly with the Rockbridge Artillery until General Thomas J. (Stonewall) Jackson learned that he had been a ministerial student and had him withdraw in order to be licensed by the Roanoke Presbytery in October 1862. Lacy thereafter became chaplain to the Twenty-sixth North Carolina Regiment and served until the end of the war.

After teaching in Raleigh for several years, he was ordained by the Abingdon (Va.) Presbytery in 1869 and was pastor of Presbyterian churches in Virginia until 1873, when he returned to North Carolina to serve churches in Moore County. From 1878 to 1886 he was stated clerk of the Synod of North Carolina and later of the Abingdon and Norfolk presbyteries in Virginia. He also was a member of the board of trustees of Union Theological Seminary. In 1885 Lacy became pastor of the church in Jonesboro, and there he married Mary Shepherd in 1888 just before becoming pastor of the Second Presbyterian Church in Norfolk, Va., where he remained for eleven years. Ill health dictated his return to Raleigh in August 1899; he died two months later and was buried in Oakwood Cemetery. He had no children.

Lacy was a prolific contributor to both religious and secular newspapers and magazines and was the author of a collection of war reminiscences and a book of sermons and addresses.