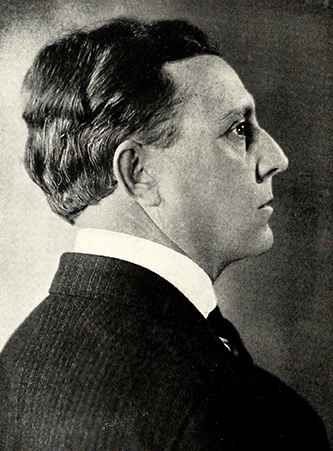 Thurman Delna Kitchin, physician and educator, was born at Scotland Neck, the son of William Hodge and Maria Arrington Kitchin, as one of a family of eleven children. After attending the Vine Hill Male Academy at Scotland Neck, he entered Wake Forest College, from which he received the A.B. degree in 1905. Medical studies during his senior year and a year at The University of North Carolina in 1905–6 prepared him for the last two years in medicine at the Jefferson Medical College in Philadelphia, where he was awarded the M.D. degree in 1908.

In the same year Kitchin began a medical practice in Lumberton, where he remained until 1910; he then moved to Scotland Neck to practice. In 1917 he accepted an appointment as professor of physiology in the two-year Medical School at Wake Forest College, and in 1919 he became its dean. He was appointed president of Wake Forest in the summer of 1930, succeeding Francis Pendleton Gaines. Although not having reached a compulsory retirement age, Kitchin decided in 1950 to relinquish his position.

During his tenure as dean of the Medical School and also later as president of the college, Kitchin faced certain dissensions and disturbances. Despite these difficulties and the stringencies of the Great Depression followed by World War II, Wake Forest achieved substantial growth under his administrative direction. As dean he was obliged in 1926 to deal with a schism in the medical faculty, which culminated in the resignation of two of its members. It was partially because of this that some who later opposed his candidacy for president of the college called him "devisive," however unjust and unfounded his supporters considered the charge.

The circumstances surrounding his appointment as president of Wake Forest were particularly unfortunate and apparently not of his own making. In the spring of 1930, a group of faculty members circulated a petition among faculty and students calling for Kitchin as president. This immediately divided the faculty, even before the special committee of trustees had a sufficient opportunity to survey the field for possible candidates. The debate soon spread to alumni and members of the Baptist church. Opposition to Kitchin centered mainly on two points: that he was not a humanistic scholar and that he had not distinguished himself as a Baptist leader. Kitchin knew that he was neither. Believing, however, that he possessed equivalent talents, which experience proved to be the case, he accepted the appointment. Many of his opponents, recognizing the need to preserve unity at the college, agreed to work with him peaceably, so the controversy gradually subsided. To allay further doubt about his religious beliefs, he published statements in the summer of 1930 that seemed to satisfy North Carolina Baptists, at least for the time.

Apart from his medical ability, another quality helped Kitchin in the discharge of his presidential duties—his political talent and acumen. With a father who had been elected to Congress from the Second North Carolina District, a brother, William Walton, who had been governor, and another brother, Claude, who had been Democratic leader in the U.S. House of Representatives, it was natural that Thurman Kitchin should possess like capacities which he chose to apply to a private institution rather than in public office. He thus belonged among those college presidents who are skilled administrators rather than scholars, each perhaps, according to given situations, being equally effective. His political inclinations helped him to maintain good relations with alumni, to withstand Baptist attacks, and to promote the interests of the college.

Many beneficial changes were made at Wake Forest during the Kitchin administration. The need for funds prompted a vigorous campaign for new students; as a result, undergraduate enrollment increased from 617 in 1929–30 to 1,107 in 1940–41. In 1935, to meet the admission standards of the American Association of Law Schools, the Law School was reorganized, a new dean appointed, and the curriculum broadened. During World War II, when there were few male students, women were first admitted as undergraduates in 1942. The Medical School was defended against the attacks of the American Medical Association on two-year institutions until it was possible to expand to a four-year program in Winston-Salem in 1941. That year a chapter of Phi Beta Kappa was also established.

Under President Kitchin, the college's physical plant was refurbished and expanded. Two campus buildings that had been destroyed by an incendiary in 1933 and 1934 were replaced, funds were donated for a new building for the Medical School, a new dormitory and a new gymnasium were erected, and the North Carolina State Convention provided a new and much larger chapel. Although Kitchin did not take a very active part in these proceedings, it was late in his administration, during spring 1946, that the Z. Smith Reynolds Foundation made the offer that led to the college's relocation in Winston-Salem in 1956.

Especially while he was dean of the Medical School, Kitchin served on various state committees and boards dealing with medical and medico-social affairs, such as the problems of the feebleminded, the direction of the North Carolina Sanitarium, unemployment compensation, and the concerns of the Employment Security Commission. He was president of the Southern Medical Association in 1928–29 and enjoyed the distinction of election as a Fellow of the American College of Physicians. Kitchen was awarded honorary degrees by Duke University (1931), The University of North Carolina (1933), and Davidson College (1947). He was the author of Lectures on Pharmacology (1929), The Doctor and Citizenship (1934), and Doctors in Other Fields (1938).

On 3 Nov. 1908 he married Reba Calvert Clark of Scotland Neck. They were the parents of Thurman Delna, Jr., Irwin Clark, and William Walton. Kitchin died at Wake Forest after suffering for some time from a heart ailment common in his family; he was buried at Scotland Neck the following day, survived by his widow and three sons.