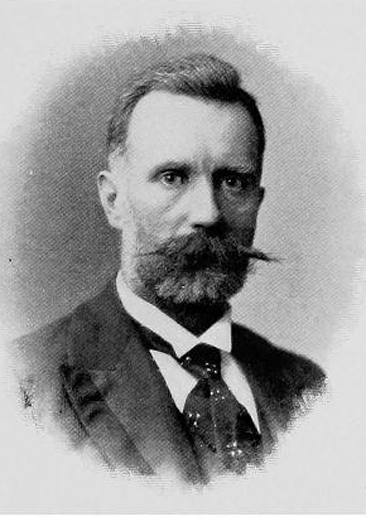 Pendleton King, educator, scholar, and diplomat, was born at Kings Crossroads near Stokesdale in Guilford County. His parents, John and Lydia Ann Bowman King, had nine sons. Young King attended Oak Ridge Academy and New Garden Boarding School (now Guilford College) before entering Haverford College, from which he was graduated in 1869. He taught at both Oak Ridge and New Garden, serving as principal teacher in the Boys School of the latter institution in 1870–71. King returned to Haverford for the A.M. degree in 1872 and then joined the faculty of Louisiana University, at Baton Rouge, where he taught English and natural history for three years.

After a year in Philadelphia, he spent three years in Europe, traveling and studying at the University of Berlin and in Paris. While abroad he married Helen Ninde of Fort Wayne, Ind., and had two children, Helen and Rush Ninde.

On returning to the United States, King was active in the Democratic party. In 1884, G. P. Putnam and Sons published his Life and Public Service of Grover Cleveland, a campaign biography that so impressed the subject that King was appointed first secretary in the American Legation at Constantinople. He served in Turkey from 9 Mar. 1886 to 5 June 1890, frequently as chargé d'affaires ad interim in the absence of ministers Sunset Cox and Oscar Strauss. On several occasions he was active in protecting the rights of American Jews in Palestine.

On 1 June 1894 King was appointed chief of the Bureau of Indexes and Archives of the Department of State, a post he held until 12 Dec. 1905 when commissioned as consul at Aix la Chapelle, Germany. He served in that position until his death at Giessen, Germany, of heart failure following surgery for gallstones. He was buried at Fort Wayne, Ind.

King's career was unusual in that he served in all three of the then relatively separate branches of diplomacy—the diplomatic service, the consular corps, and the Department of State. He was a bibliophile and his collection of 7,000 books, which he willed to the Greensboro Carnegie Library, was acquired by the university library in Chapel Hill in 1921–22.

Wright, Carroll D. The Statemans Yearbook : Statistical and Historical Annual of the States of the World for the Year. New York: The MacMillan Co. 1899. [V.] https://archive.org/stream/statemansyearboo1899wrig#page/n25/mode/2up/search/%22pendleton+king%22 (accessed June 10, 2014).

United States Department of State. History of the Department of State of the United States. Its formation and duties, together with biographies of its present officers and secretaries from the beginning. Washington: Government Printing Office. 1901. https://archive.org/details/cu31924030471993 (accessed June 10, 2014).

"Pendleton King."  United States Department of State.  History of the Department of State of the United States. Its formation and duties, together with biographies of its present officers and secretaries from the beginning. Washington: Government Printing Office. 1901. 74. https://archive.org/stream/cu31924030471993#page/n105/mode/2up/search/%22pendleton+king%22 (accessed June 10, 2014).