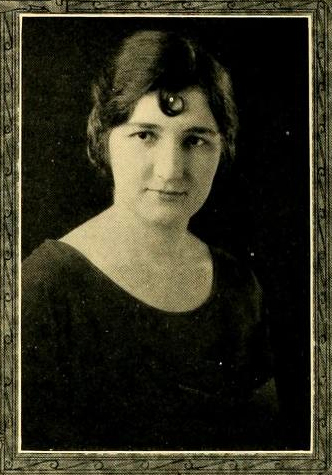 Mary Elizabeth Eskridge King, Christian educator, was born in Arbovale, Pocahontas County, W.Va., the oldest of six children of William Augustus and Mary Riley Eskridge. She was graduated from Blackstone Junior College in Virginia in 1921 and taught in the public schools in her hometown of Marlinton, W.Va., before entering Trinity College at Durham in the fall of 1923. In June 1925, she received the B.A. degree from Duke University as a member of the first graduating class of the recently renamed Trinity College. Active in various student organizations, she was named a charter member of the university's senior honor society for women.

After again teaching in her hometown for two years, she married the Reverend Carl Howie King, a college classmate then at the Yale University Graduate School, on 22 June 1927. They had two children, Carl Howie, Jr., and William Eskridge. A longtime coworker in Christian education with her husband, who was executive secretary of the Board of Education of the Western North Carolina Conference of the Methodist church from 1934 to 1967, she assisted him as program director of the Conference's junior high summer camps; as teacher, director, counselor, and dean of Conference summer youth assemblies at Lake Junaluska; as certified teacher in Christian workers', training, and leadership schools; and as co-counselor of the initial Conference Scandinavian Youth Caravan in 1955.

Apart from the responsibilities she shared in her husband's work, Mary King became a leader in the Methodist church in her own right. Short of stature and gentle in manner but ever intellectually alert and physically active, she respected people as individuals regardless of age; this trait enabled her to be a successful teacher and to be especially effective with youth. Her special interests were in the areas of social concerns, mission, and youth work. In the Women's Society of Christian Service (later the United Methodist Women), she served successively as president of her local church group in Salisbury, as district secretary of Christian social relations, as Conference secretary of student work, as Southeastern Jurisdictional secretary of youth work, and as Conference president. As Conference president of the Women's Society she played a major role in preparing not only the women but also the entire Conference for the merger of the white Conference with the black North Carolina-Virginia Conference in 1968.

In the Western North Carolina Conference of the Methodist church, Mary King was at various times a member of the Board of Christian Social Concerns, Board of Missions, Deaconess Board, Town and Country Commission, Conference Committee on Extremism, and Special Committee on Priorities. At the time, the percentage of women leaders recognized by men was far from commensurate with their membership in the church. Thus a special honor and responsibility was her election as a Conference delegate to the Southeastern Jurisdictional Conference in 1964 and 1972, and as a delegate to the General Conference (the governing body of the United Methodist church) in 1964, 1966, and 1972. In 1972 she was the first woman in the history of the Western North Carolina Conference to head the lay delegation to the General Conference, as well as the first woman lay leader of her local congregation, the First Methodist Church in Charlotte. From 1968 to 1973 she was a member of the World Division of the Global Board of Ministries (formerly the Board of Missions) of the United Methodist church.

In addition to church activities, Mary King was a member of the Salisbury Interracial Council and the American Association of University Women, and president of the Salisbury Parent-Teacher Association and the Duke University Alumnae Association. She was also a trustee of Pfeiffer College and Bennett College. On her death at age seventy-two, she was buried at Hickory Grove United Methodist Church, Charlotte, the community church of her husband.