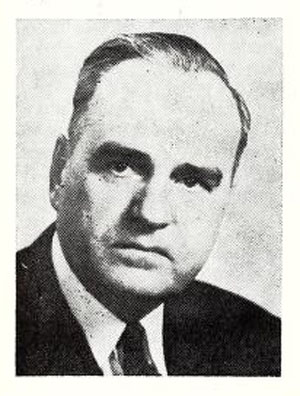 Carl Howie King, Methodist clergyman and Christian educator, was born in Mecklenburg County, the second of six children of Elam Newton and Roxie Taylor King. His education began at Nutwood Academy, a local subscription school; he later attended Rutherford College, Trinity College (now Duke University; B.A., 1924), Yale University Divinity School (B.D., 1927), and the Yale Graduate School of Education. In 1955 High Point College awarded him the honorary D.D. degree. While in New England, Howie served as executive secretary of the New Haven, Conn., Council of Churches as well as director for two years of a summer camp, Camp Tekoa, near Westfield, Mass. In 1929 he was appointed director of Christian Education in the Virginia Conference of the Methodist church by one of its leading churches, Court Street in Lynchburg. Despite a successful ministry, program support was curtailed because of the economic depression and the position was terminated in 1932. King returned to his native county and the Western North Carolina Conference to serve the three Methodist churches near Charlotte.

The period of the Great Depression was no less tumultuous for the Methodist Episcopal Church, South, with external debate over the prospect of merger with the Methodist Episcopal church and the Methodist Protestant church, and internal debate over—among other issues—the structure of its demonstrated commitment to Christian education. When the General Conference met in Dallas, Tex., in 1930, its Sunday School Board, Epworth League Committee, and Board of Higher Education had amassed such power and influence that they were often more competitive than cooperative. That historic conference reorganized the educational program under the direction of a single Board of Education with the philosophy that from "the 'cradle roll' through church school, college, and university, and through life, Christian education should be one ongoing process." With the commitment to Christian education reaffirmed and the means to implement it reorganized from the local church through the General Conference, Bishop Paul B. Kern of the Western North Carolina Conference, who before his election as bishop had led the successful movement to consolidate the educational boards, began to establish the program in his area. Due to the depression, however, the Conference was unable to adequately support the venture financially, resulting in the shifting of key personnel. In 1934, after there had been two Conference leaders in three years, Bishop Kern appointed Carl H. King executive secretary of the Conference Board of Education, a position he held for the next thirty-three years. At the time of his retirement in 1967, his tenure represented the longest appointment in that capacity in the United Methodist church.

With quiet persistence King assembled an exemplary staff to implement the new educational program, successfully integrated the competing programs after the unification of the Methodist church in 1939, and survived the vicissitudes of World War II and the postwar era; his became one of the strongest Conference educational programs in the Methodist church. From among the varied programs, the executive secretary was perhaps most proud of the precedent-setting program for junior high camping, the annual series of Christian Workers Schools, the Scandinavian Youth Caravan, and the innovative program of financial assistance for the Methodist colleges in the Conference, the sustaining fund.

Begun in 1936, the camping program grew from a two-week venture of 80 participants in rented facilities with separate camps for boys and girls, to a full summer program in 1965 that served an average of 1,200 participants at a fully integrated conference-owned facility, Camp Tekoa, near Hendersonville. By the 1960s the Christian Workers Schools, which grew out of the merger of the traditional Cokesbury Leadership Schools and the Standard Training Schools, involved approximately 12,000 participants annually in about three dozen local churches. With teachers recruited from church colleges, divinity school facilities, directors of Christian education, ministers, and lay personnel nationwide, these training schools of from three to five days' duration offered programs where many church lay people received their first courses in the interpretation of the Bible, teaching methods and materials, the development of a personal faith, child psychology, and church organization and administration. In 1950–51 Dean Luther A. Weigle, King's former professor at Yale and chairman of the committee that translated the Revised Standard Version of the Bible, introduced the new translation to Methodists in the Conference through the Christian Workers Schools, thus undoubtedly helping to spare the area of much of the controversy that often accompanied the introduction of that major translation of the Bible. The sustaining fund, begun in the inflationary time of 1949, provided Conference support for faculty salaries, and later endowment development, at its Methodist colleges and the Duke Divinity School. The fund's annual contribution grew from around $75,000 in 1949 to over $500,000 in 1967. The Scandinavian Youth Caravan, begun in 1955, had the distinctive feature of alternate annual visitations of college students and young adults from western North Carolina and Scandinavia to observe and work in their respective local church and Conference youth programs.

Throughout King's tenure as executive secretary, thousands of lay and clerical persons traveled to the camps and assemblies he supervised during the summer in the mountains of North Carolina; during the rest of the year, he traveled to many local churches from the centrally located offices in Salisbury and after 1960, Statesville. His style was to plan carefully, work behind the scenes with proven local and Conference leadership, and let what accolades there might be fall to others. Yet by recognition and reputation he was probably known by more Methodists than any other Conference leader. At a testimonial dinner in 1967 Professor W. Arthur Kale, King's predecessor as executive secretary, praised King's educational ministry.

King was ordained deacon in 1933 and elder in 1936. He served as a member of the General Board of Education of the Methodist church; as a delegate to the General Conference in 1952, 1964, and 1966 (special), and to the Southeastern Jurisdictional Conference in 1948, 1952, 1956, 1960, and 1964; and as a delegate to the Golden Anniversary, White House Conference on Children and Youth, in 1960. He also was a trustee of Bennett College, Pfeiffer College, and Lake Junaluska Assembly.

In 1927 he married Mary Elizabeth Eskridge who was also a trained, experienced Christian educator and a leader in the women's work of the United Methodist church. With complimentary talents, they worked effectively as a team officially and unofficially. They had two children, Carl Howie, Jr., and William Eskridge. King was buried at Hickory Grove United Methodist Church, Charlotte, the church of his youth in his home community.

Journal of the 1968 Session of the Western North Carolina Annual Conference of the United Methodist Church (photograph).