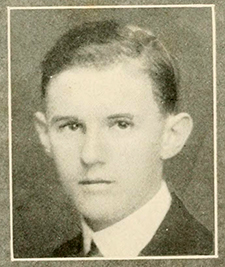 Henry Wiseman Kendall, newspaper editor, was born in Shelby, the son of Henry E., Sr., and Mary Whitelaw Wiseman Kendall. He attended local public schools, and was graduated from high school in 1914 and from Trinity College (now Duke University) in 1918. Kendall worked briefly for the Morning New Bernian, edited business market reports for the U.S. Department of Agriculture, Washington, D.C., in 1919–20, and became editor of the Rocky Mount Evening Telegram in 1920. In 1930 he joined the Greensboro Daily News as associate editor; he was advanced to editor in 1942 and served until 1965.

In his writings Kendall was persistent in championing those who most needed help. He favored institutions for treatment for the mentally ill, and he spoke out on issues such as poorly supervised jails, public education, and highway safety. In 1947 he received the North Carolina Press Association's award for the best editorial. Kendall served on the North Carolina Education Study Commission during the period 1947–49 and was a member of the Hospital Board of Control (later the Department of Mental Health) from 1953 to 1965. He was also active in the Association for Retarded Children, and the Guilford County Center is named in his honor.

Kendall was the recipient of an honorary doctor of literature degree from Duke University (1960), the outstanding citizen of the year award from Greensboro (1958), and, posthumously, the Edward R. Murrow award for reporting. A Rotarian, a Presbyterian, and a Democrat, he was a member of the American Society of Newspaper Editors and chairman of the Board of Visitors of Peace College, Raleigh.

Survived by his wife, the former Mary Leslie Moss, he was buried in Sunset Cemetery, Shelby.