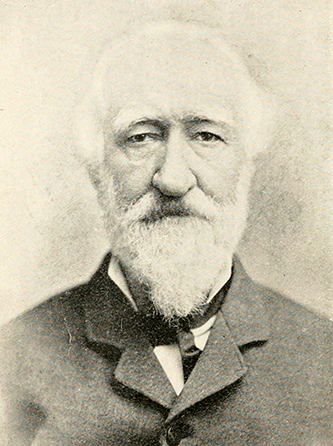 Cadwallader Jones, lawyer, legislator, planter, and Confederate officer, was born at Mount Gallant, the Northampton County home of his paternal grandfather, General Allen Jones. The son of Cadwallader and Rebecca Edwards Long Jones of West Hill near Hillsborough, he was graduated in 1832 from The University of North Carolina, of which he became a trustee (1840–57). Jones began his legal career in Hillsborough in 1836, and was elected to the North Carolina House of Commons as a Democrat for the 1840 and 1842 sessions. He resigned on 20 Apr. 1843 to become solicitor of the Fourth Judicial District but was returned to the General Assembly for the 1848 and 1850 sessions. For a time he also served as a U.S. magistrate.

In 1857 Jones moved his young family to a cotton plantation overlooking the Catawba Valley near Rock Hill, S.C. His father had bought the 5,000-acre estate, also named Mount Gallant, in 1810, but it had remained unoccupied by the family during subsequent years. Jones represented South Carolina at the Richmond Democratic Convention of 1860 which nominated John C. Breckinridge for president.

On 13 Aug. 1861 Jones accepted a commission as captain in the Confederate Army so that a local volunteer company could be raised. His first engagement was at Hilton Head in 1861, and he continued to fight in many of the well-known battles of the early years of the war: Mechanicsville, Malvern Hill, Second Manassas, and the Seven Days Campaign before Richmond. After the Battle of Sharpsburg in 1862, he was promoted to colonel in the Twelfth South Carolina Volunteers. Poor health forced him to resign from Gregg's Brigade before the end of the war, but he left four sons in the army: First Lieutenant Iredell Jones, who was stationed at Fort Sumter; Captain Cadwallader Jones, Jr., and Private Allen Jones, who served in the same company as their father; and Johnstone Jones, who had been a cadet at the Citadel and enlisted in the Confederate Army at age fifteen with the Arsenal Cadets of Columbia. 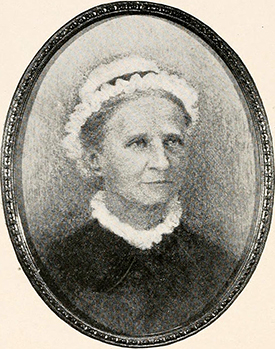 Soon after Jones's return home from the war, he was elected York District's representative to the South Carolina Senate. In 1865 he was a delegate to the state constitutional convention called to repeal the secession ordinance, free the slaves, repudiate the war debt, and draw up a new constitution. Like other slaveholders, Jones was financially ruined by the war. He continued to plant cotton but lost money every year and was forced to sell off his land piece by piece until nothing was left of Mount Gallant.

On 5 Jan. 1836 Jones married Annie Isabella Iredell, the daughter of Governor James Iredell. They had ten children, nine of whom lived to maturity. In addition to the four sons who served in the war, there were two younger sons, Halcott Pride and Wilie (or Willie), who was later a brigadier general in the South Carolina state militia. The four daughters were Frances Iredell (Erwin); Rebecca Cadwallader, who died in her youth; Annie Isabella (Robertson); and Helen Iredell (Coles). Despite his poor health in middle age, Jones lived to the age of eighty-six and was the author, in the year of his death, of A Genealogical History. An Episcopalian, he died of natural causes in Columbia, S.C., at the home of his daughter Annie Robertson.