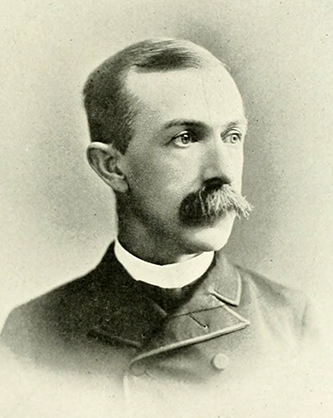 Thomas Roberts Jernigan, state senator, consul, editor, and author, was born at Barfields on the Chowan River in Hertford County. His father was Lemuel Jernigan, a prosperous planter and for many years a presiding justice in the Court of Common Pleas and Quarter Sessions. His mother, Mary Harrell, was the first cousin of W. N. H. Smith, chief justice of the North Carolina Supreme Court. Jernigan received his early education at Union Male Academy in Harrellsville. In September 1864, at age sixteen, he enlisted in the Fifteenth Battalion, North Carolina Cavalry. He was captured at Colerain on 22 Jan. 1865 and imprisoned at Fort Monroe, Va., until his release on 14/15 Feb. 1865. After the war, he was graduated from the University of Virginia Law School and returned to his native county to practice law with his brother, John H. Jernigan, also a University of Virginia graduate.

Jernigan began his quest for public office in 1870, when he was nominated for the state house of representatives by the county Democratic party. Though the county contained the usual Republican majority, he was declared legally elected. But further examination of the election results showed Jernigan trailing slightly in the popular vote. When the count of the popular vote was made official, he immediately relinquished his certificate of election although many protested the recount. Some of his political friends questioned his action, but all admired his sense of justice and fair play.

In 1874 Jernigan was nominated for the state senate, again against Hertford County's Republican majority. This time he won the election, representing the First District from 1874 to 1876. Jernigan developed an enviable reputation in the senate, and thereafter his name was often placed in nomination for public office. In 1880, while serving as a presidential elector, he made a moving speech to second the nomination of Winfield S. Hancock. Jernigan's canvass was favorably received by the press, which complimented his diction and easy manner of delivery. But, like his brother John, he became deaf at an early age, cutting short his career in elective office.

Grover Cleveland's election to the presidency in 1884 opened another political avenue to Jernigan. He was appointed consul to Kobe, Japan, and served for four years. In 1889 he returned home and moved to Raleigh, where he edited the North Carolina Intelligencer, a paper dedicated in Jernigan's choice of a motto as "Impartial, not neutral; and devoted to the best interests of North Carolina, inseparable from Democratic principles." In 1892, he purchased the State Chronicle from Josephus Daniels. The paper failed to show a profit, and within a year he leased it to the News and Observer, which for a time called itself the News and Observer-Chronicle.

At the beginning of President Cleveland's second administration in 1893, Jernigan was named consul general to Shanghai, China. He was "most popular not only among the foreign community, but among the Chinese." At the end of his term in 1897, he chose to remain in Shanghai, where he practiced law and was an attorney for the Standard Oil Company of China. For several years, he served as chairman of the International Settlement of Shanghai, a position that had been rotated yearly until the time of his appointment. In 1906 he was elected a member of the North China Branch of the Royal Asiatic Society. He also wrote several books and articles about economic and political life in China, including China's Business Methods and Policy and China in Law and Commerce.

In 1885 Jernigan married Frances Sharp, the daughter of Colonel Starkey Sharp of Hertford County. They had four children: Paul, Frances, Roberts H., and Starkey. Jernigan was buried, according to his wish, on the mount overlooking Nanking, China.

Benjamin B. Winborne, The Colonial and State Political History of Hertford County (1906).