The House That Harriet Built

Harriet Abigail Morrison was born in Charlotte in 1828 to Dr. Robert Hall Morrison—a Presbyterian minister and later founder and first president of Davidson College—and Mary Graham Morrison. The couple’s third child, Harriet was one of ten children who survived into adulthood. Two of her sisters died of diphtheria at early ages. Harriet would always remember the losses of these sisters and the impact of illness and death on families.

It was well known from he 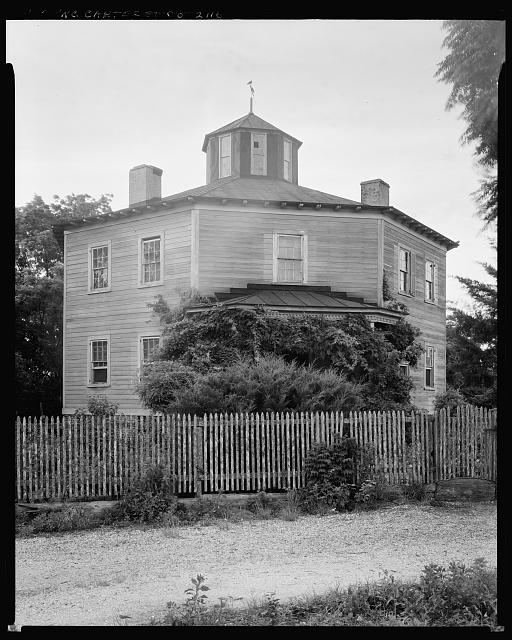 r early years that Harriet was frail, lacking strength and the ability to take part in physical activities with the rest of the family. While her brothers and sisters played at their family farm, Harriet spent much of her time poring over books and writing down stories. When it was time to attend college, or what then might have been called finishing school, she was sent—like other elite young women of her day—to the Salem Female Academy in present-day Winston-Salem. There she studied literature, religion, history, some math, painting, music, and lots of embroidery. No curriculum was available to satisfy her interest in advanced mathematics and engineering.

In 1849 Harriet married James Irwin, a man of wealth and education from Charlotte, where the couple lived for most of their married life. Even as an adult, Harriet continued to suffer from diseases, including intestinal disorders and respiratory conditions. For all her reported illnesses, however, she gave birth to nine children between 1850 and 1864.

At the close of the Civil War in 1865, Irwin began submitting articles to Charlotte’s first magazine, The Land We Love, edited by her husband and her brother-in-law, Harvey Hill, a former lieutenant general of the Confederate States of America. Her writing included romance and historical stories, as well as articles on church policy. But in 1869, after watching the construction of many new buildings in Charlotte, she renewed her earlier interest in engineering and architecture. Heavily influenced by her years of illness, Irwin wanted to design a home that was both practical and economical for the invalid housekeeper. She studied Bindon B. Stoney’s nineteenth-century engineering text and John Ruskin’s popular architectural books. Irwin was highly motivated by the British Ruskin, who believed that buildings should have plenty of access to the outdoors. He believed that nature contributed to people’s mental power and good health.

On August 24, 1869, Harriet Morrison Irwin, with no formal training in architecture, received U.S. Patent 94,116 for a design for hexagonal, or six-sided, houses. The patent emphasized more-efficient lighting, better movement of air, and better use of space. Even the rooms in Irwin’s house were six-sided, shaped like a bean or a lozenge. She believed that her house’s best feature was the careful placement of windows and doors that allowed easy passage to the outside. These doors and windows provided comfortable air flow in the warmer months but could be efficiently closed during colder weather. Irwin believed that the rooms would be easier to clean than square ones, which attracted more dust and dirt in their sharper corners. There were no hallways in the hexagonal house and one central fireplace, with flues, or passageways, leading to the other rooms. Numerous fireplaces, she believed, led to dirtier air and required more cleaning.

At age forty-one, Irwin had become the first woman in the United States to receive an architectural patent. She herself lived in one of her hexag-onal homes.
After her recognition as a self-taught architect, she achieved another goal. The author of several newspaper articles, in addition to her magazine work, Irwin published a novel, The Hermit of Petraea, in 1871 to promote her patent. The book was about a sickly youth who is banished to Arabia Petraea—a name once used for the northwest part of the Arabian peninsula—to find better health and living conditions in a six-sided house. That same year, she and her husband, along with their brother-in-law, Harvey Hill, organized the Hill and Irwin Land Agency, which specialized in the building of hexagonal homes. At least two or three houses were built in Charlotte based on Irwin’s patent, although, sadly, none stand today.

Irwin died in Charlotte in 1897 and is buried in Elmwood Cemetery there. No plaque or mention of her famous patent or accomplishments appears on her tombstone, which is not hexagonal, as has sometimes been written. (It is rectangular and, unfortunately, in disrepair.) But, as North Carolinians, we should remember this frail and courageous woman’s achievements. Irwin lived in a century when girls seldom received more than a sixth-grade education, yet she taught herself skills in engineering and architecture that no college or university would teach her. She helped open doors for women, not just in the field of architecture, but as an encouragement that they, too, could aspire to higher education and professional jobs once held only by men.

*At the time of this article’s publication, Kathy Neill Herran, of Charlotte, was the author of They Married Confederate Officers, the story of the six Morrison sisters, including Harriet, as well as Anna, the wife of Confederate Lieutenant General Thomas “Stonewall” Jackson. The book received the 1996 Willie Parker Peace History Book Award from the North Carolina Society of Historians.

The house pictured with this

The house pictured with this article is the HILL house standing in CedarPoint/Swanboro NC. and it is an 8 sided house.Put http:// to front of this website

Thank you for the additional