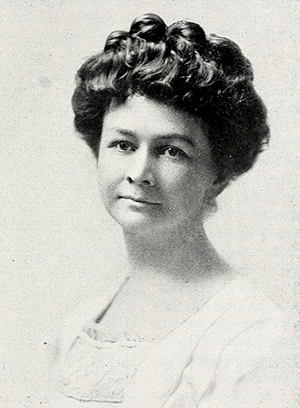 Mary Hilliard Hinton, author, artist, genealogist, and historian, was born at Midway Plantation, Wake County, eight miles east of Raleigh. Her father was Major David Hinton, alumnus of The University of North Carolina and a leading citizen; he was the son of Charles Lewis Hinton, also a graduate of the university and longtime state treasurer. Her mother was Mary Boddie Carr, of Edgecombe County, a member of two distinguished families and a sister of Governor Elias Carr.

Mary Hilliard Hinton was educated at St. Mary's Episcopal School and Peace Institute (now College), Raleigh. Later she studied and practiced portraiture under Mrs. Ruth Huntington Moore of the Peace Institute faculty. Miss Hinton was a heraldic artist of great ability, holding for several years the office of heraldic artist for the North Carolina Society of the Daughters of the Revolution. For many years she served as editor of the society's North Carolina Booklet .

Membership in numerous patriotic and allied organizations reflected the wide variety of Miss Hinton's talents and interests. She was a member of the Daughters of the Confederacy, Association for the Preservation of Virginia Antiquities, North Carolina Literary and Historical Association, Daughters of the Revolution (registrar and state regent for many years), National Council of the Colonial Dames, Order of the Crown of America, Audubon Society, Colonial Dames of America, National Geographic Society, Daughters of the Barons of Runnemede (charter member no. 5), and Raleigh Woman's Club (chairman of the art department).

Miss Hinton was an active member of Christ Episcopal Church, Raleigh; a leading worker in the Anti-Suffrage League; and a world traveler. She died at her ancestral home, Midway Plantation, and was buried in the Hinton graveyard at The Oaks plantation near Raleigh.