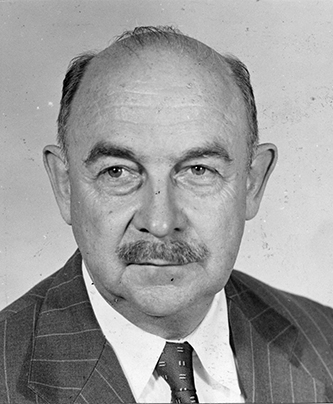 Frank Gregory Hall, aerospace scientist, was born in Johnstown, Wis., the son of Frank Dexter and Evelyn Kidder Hall. After receiving his preparatory education in local schools, he entered Milton College, Milton, Wis., and was graduated with the B.A. degree in 1917. He was an aviator in the U.S. Army Air Corps during World War I, then attended the University of Wisconsin at Madison, from which he was awarded an M.A. (1921) and a Ph.D. (1923). From 1923 to 1926 he was a professor of biology and head of the department at Milton College. In 1926, Hall moved to Durham to be assistant professor of biology at Duke University. Instrumental in the expansion of the department, he became its acting chairman in 1930.

Hall held a postdoctoral fellowship at Cambridge University, England (1933–34), where he studied with Sir Joseph Bancroft, a pioneer in the field of high-altitude research. On his return to Duke, Hall joined a group of other scientists who promoted an international high-altitude expedition to South America in 1935. For seven months they lived on the highest peaks of the Andes Mountains.

After his study in England, Hall began to build a scholarly reputation for his research in high-altitude breathing. He used a low-pressure chamber to simulate thin air at incredible heights, testing the limits a man could go without the aid of oxygen equipment and noting the body's responses to high altitudes. On 9 Dec. 1941, two days after the Japanese attack on Pearl Harbor, Hall—now hailed as an aerophysiology expert—was called upon to train bomber and fighter pilots to use oxygen equipment and to set up training chambers that became mandatory in pilot training. As chief of the Physiological Branch of the U.S. Air Force (1942–45), he developed the "G-suit" designed to prevent blackouts in a high-speed dive. He experimented with dummies and scales to determine the ratio of tolerance to gravity. From that effort came the "free fall" to safe levels and later a low-level automatic opening device for parachutes. It further resulted in the substitution of nylon for silk in their construction.

In late 1943, Hall was designated as head of the hydroponics program (the growing of plants in nutrient solutions). Subsequently, he successfully grew fresh vegetables, even in lava mounds, to substitute for the traditional canned "C" rations. Shortly before the Japanese surrender, he was rushed to India as a consultant in the "Hump" operation, a shift within several hours from 200 to 5,500 feet above sea level. Blackouts were occurring, he discovered, because the soldiers were generously donating blood and thereby robbing themselves of needed oxygen. Hall was awarded the Legion of Merit for his "brilliant work in solving the many complex problems of human physiology in relation to flying personnel." He was further cited by General Nathan Twining for his outstanding service during the war.

Afterwards he was an official delegate to the United Nations Educational, Scientific, and Cultural Organization (UNESCO), a unit established in 1946, with headquarters in Paris, France, "for the purpose of promoting international collaboration in education, science and culture." In 1949 he participated in a symposium on high-altitude biology in Lima, Peru.

When he returned to Duke in 1946, Hall was named chairman of the Department of Physiology and Pharmacology in the university's Medical Center, dividing his time between administrative duties, teaching, and his laboratory. During that period, he turned his low-pressure, high-altitude experiences around and experimented with hyperbaric oxygenization, a process available to treat certain diseases. The pressure chamber for that purpose was initially used at Duke in 1962. That year he returned to full-time teaching and research; following his retirement in 1965, he continued his research and publication activities. Always searching "to determine how man's system acclimates to its surroundings," Hall went around the world many times to find the answer. On one of those trips he conducted a study alone on the Jungfrau in Switzerland, 13,642 feet in the Bernese Alps. His subsequent research provided the scientific basis for modern space administration technologies. He helped develop a face mask and "became internationally known as an authority in aerospace medicine when such research was not only new but equipment for it primitive and often inadequate," making possible early progress in the field. For this leadership he was named a Fellow in Aerospace Medicine during a meeting of the Aerospace Medical Association. The same year Hall participated in two research expeditions. The first, sponsored by the National Science Foundation, took him to the Mojave Desert in southern California, at the south end of the Sierra Nevada, to study the effects on man of the physical environment below sea level. The second was a study on Mount Bancroft (14,000 feet), where he was joined by scientists from the University of Nevada and the University of Illinois.

Although Hall was best known for his altitude impact studies, his whole span of research was highly diversified; among his subjects were unhatched chicks, blood, limestone and caves, perspiration, and turtles. He was the author of more than a hundred articles published in various scientific journals. Hall was proud of an autographed photograph he received from Astronaut Edward H. White, along with a statement from White that his "walk in space" (1965) was made possible in part by Hall's work in solving the problems of human physiology in relation to flying.

Hall was married first to Mary Kidder; they had one daughter, Elizabeth Anne (Mrs. Kent Boutwell). Mrs. Hall died in 1920. He later married Stephanie Daland of Milton, Wis., and they were the parents of one son, Kenneth Hall, who became an anesthesiologist at the Duke University Medical Center. Following Hall's death in Duke Hospital, a memorial service was held in the Duke University Chapel; he was buried in Milton, Wis.

In 1969, during the annual Medical Alumni Week at Duke, the Frank Gregory Hall Laboratory for Environmental Research was dedicated at the Duke University Medical Center. Previously known as the hyperbaric unit, the laboratory has been used by physicians and other scientists with the Environmental Biomedical Research Program to determine how modified environments such as increased pressures of oxygen affect illness in man, and to measure and evaluate the biochemical responses of healthy individuals to unusual environments.

Records of the Office of Information Services and the Alumni Records Office, Duke University, Durham.

F.G. Hall's first wife was not "Mary Kidder," but rather Elizabeth (Beth) Marie Davis. His mother was Mary Evelyn Kidder.