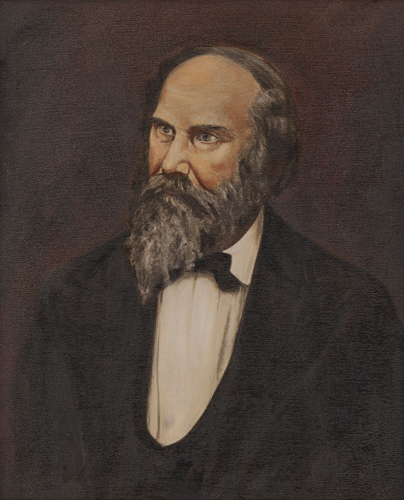 Henry Lee (Lea) Graves, Baptist minister, college president, and teacher, was born in Yanceyville, the son of Thomas and Mary Lee Bennett Graves. He was graduated from The University of North Carolina in 1835. While at the university he was "born again" and baptized by the Reverend Dr. William Hooper. He also was a member of the Dialectic Literary Society, serving as president in November and December 1834. From August 1835 to December 1837, he was employed as a tutor by Wake Forest Institute, where he taught geometry and classical languages. He was the only native North Carolinian teaching at Wake Forest in that period. In November 1837, he was licensed to preach and ordained by the Wake Forest Baptist Church.

After leaving Wake Forest, he went to Cave Spring, Ga., where he established a manual labor school and served as principal for three years. During 1840–41 he attended Hamilton (N.Y.) Theological Seminary, as a member of the seminary class of 1842. Although he took a leave of absence in December 1841, Graves was credited with having completed the course. Returning to Georgia, he became the principal of a school in Covington. In 1845, he was a delegate from Georgia to the organizational meeting of the Southern Baptist Convention held in Augusta, Ga., in May. The following year he was elected first president of Baylor University, a Baptist institution founded in 1845 at Independence, Tex. He served as president from 4 Feb. 1847 to 13 June 1851, when he resigned because of ill health. He and his brother gave the university its first large stone building, which was called Graves Hall.

Graves returned to the active ministry in 1851 and served until 1859, when he became president of Fairfield (Tex.) Female College, a post he held until 1870. From 1871 to 1872 he was president of Baylor Female College at Independence. He then became superintendent of public schools at Brenham, Tex. He was also pastor of Baptist churches at Independence, Eagle Lake, Columbus, Schulenburg, Gonzales, and Brenham, Tex.; at various times, operated a ranch; and was part owner of drug stores in Bryan and Brenham.

In 1848 Graves was elected first president of the Texas Baptist State Convention, a position he held for sixteen years. He also was president of the Baptist Education Society from 1855 to 1858. In 1849, he was initiated into Masonic Lodge Milam No. 11 at Independence and was later raised a master mason. The author of several religious books including What Baptists Believe, Universal Salvation, and Religion in the Family, Graves held an M.A. degree from The University of North Carolina (1846) and honorary degrees of LL.D. and D.D.

Henry Trantham, The Diamond Jubilee, A Record of the Seventy-Fifth Anniversary of the Founding of Baylor University, 1845–1920 (1921).