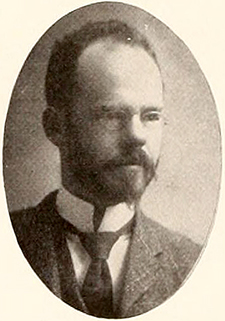 Joseph Hendren Gorrell, college teacher, the son of B. H. and Sara Virginia Hendren Gorrell, was born at Lexington, Va. His father was a druggist who "had moved there . . . after the war, because he was so fond of General Robert E. Lee who had just come to Lexington to head the institution which soon became Washington and Lee University." The elder Gorrell was an artillery officer under Lee for four years. Young Gorrell received his elementary and secondary education in private schools and academies in Lexington before enrolling in Washington and Lee at age sixteen. His undergraduate days were marked by numerous honors and awards including membership in Phi Beta Kappa, the University Scholarship in Greek, the New Shakespeare Society prize, the Young Scholarship prize for proficiency in moral philosophy, the Early English Society prize, and the Robinson medal for scholarship in philosophy and literature. In his senior year he was the honored Cincinnati Orator. He received the bachelor of arts degree in 1888 and the master of arts degree in 1890.

For the session 1890–91, Gorrell stayed on at Washington and Lee as an instructor in English and modern languages. During the next three years he did graduate study at the Johns Hopkins University, Baltimore, earning the doctor of philosophy degree in 1894. At Johns Hopkins he was classed as an "honorary scholar," which meant that he paid no fees to the university. His graduate major was English, with a minor in modern languages, and he chose college teaching as a career. In September 1894 he was offered, on the same day, the presidency of a small college in Louisiana and a position as acting professor of modern languages at Wake Forest College in North Carolina, the latter at one fourth the salary of the former job. Because of his Baptist heritage and his personal bent for teaching, he went to Wake Forest and taught there for forty-five years before retiring in 1939. Often teaching eighteen hours a week, Gorrell made German, French, and Spanish come alive for thousands of students. He was head of the Department of Modern Languages for forty years, and professor emeritus for the next five years. On campus, he was the epitome of friendliness and once remarked, "In every student I have a friend." Seldom called "Dr. Gorrell," except to his face, he was affectionately known as "Phinxtus," a nickname derived from his acquired enunciation in mixing several modern languages with classical Greek and his Valley-of-Virginia English. He was an avid reader, a patient teacher, a demanding scholar, and a provocative thinker who taught by leading his pupils into the world of culture through communicative design.

For twenty years, from 1894 to 1914, he was faculty editor of the Wake Forest Student, the college magazine. From April 1916 he served continuously as secretary-treasurer of the Denmark Loan Fund for needy students. He was for many years chairman of the buildings and grounds committee of the college. He was also architect and construction superintendent of the Alumni Building, which was completed in 1907 after three years of tedious efforts to raise money, purchase materials, and employ and direct workmen. But the building was opened "free of debt"; in appreciation, the Alumni Association gave Gorrell an engraved silver cup.

As a faithful member of the Wake Forest Baptist Church, Gorrell was Sunday school superintendent for twelve years, church clerk for fifteen years, and deacon and chairman of the finance committee, financial secretary, and treasurer for more than thirty-five years. Although not an ordained minister, he served several times as "supply pastor" at the churches at Wake Forest, Dunn, Olive Chapel, and Rolesville, and was a frequent pulpit guest in many local and state churches. In the town of Wake Forest, he served for ten years as a town commissioner and was a founder and longtime president of the Wake Forest Building and Loan Association.

Although he had ambitions to become a research student and writer, Gorrell's time was completely occupied with teaching. One biographer commented, "In his all too rare publications he shows himself a master of a correct and easy style English." One of those publications was a series of articles in the Biblical Recorder "dealing with the period of Jewish history lying between the close of the Old Testament and the opening of the New Testament."

On 1 June 1897, Gorrell married Fannie Taylor, of Wake Forest, the eldest daughter of the president of Wake Forest College, Dr. Charles E. Taylor. They had two children: a son, Charles Benjamin, died in 1915; a daughter, Virginia (Mrs. Andrew Clifford Hall), survived him. He died in Duke Hospital, Durham, after a brief illness and was buried "with many other Wake Forest great" in the Wake Forest Cemetery.