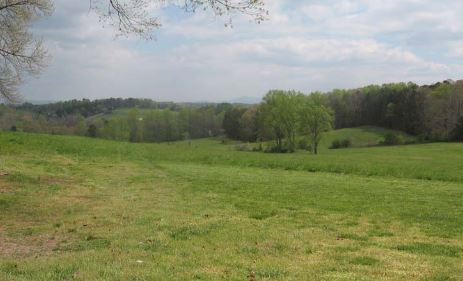 William Gilbert, legislator and Revolutionary War figure, was born in Ireland and as an infant was brought to Massachusetts by his parents. In Pennsylvania, about 1760, he married Sarah McCandless against her parents' wishes and moved to western North Carolina. Beginning in 1769, he purchased land and cattle until he became the largest taxpayer and property holder in Tryon (now Rutherford) County. Gilbert paid the passage of a number of Irish laborers whom he employed in his farming endeavors. His home and farms became known as Gilbert Town.

Active in local politics, Gilbert served as juror, justice of the peace, and member of the court of pleas and quarter sessions from 1770 to 1775. In 1775, he and twenty-five other Whigs signed the "Association Oath" as members of the Tryon Committee of Public Safety. During the American Revolution he acted as a commissary for the militia in the Tryon area. In 1779 he represented Tryon County in the General Assembly, where he presented local bills and was concerned with the improvement of river navigation and Indian affairs. Later that year, after a six-month inquiry, he was expelled from the Assembly for "intentionally defrauding the publick." Rutherford County (created out of Tryon in 1779) immediately reelected him in 1780 and again in 1782 and 1783.

Gilbert Town was the highwater mark of Lieutenant Colonel Patrick Ferguson's northward advance in September 1780. Ferguson kept his troops there because of Gilbert's reputation as a "warm Whig." Mrs. Gilbert also had used the home as an arms storage point for the Whigs. Controversy raged when wounded British Major James Dunlap, whom Ferguson left behind in the Gilbert home, was murdered by a group of avenging Whigs. After the Battle of Kings Mountain, Tory prisoners were executed at Gilbert Town. From 1775 to 1783, Gilbert continued to serve as justice of the peace, tax assessor and collector, and member and chairman of the Rutherford Court of Pleas and Quarter Sessions. His home, which also doubled as a tavern, was used as the county seat during this period.

In 1784, charges were again brought against Gilbert and the General Assembly, finding him guilty of forgery, removed him as justice of the peace in Rutherford. He sold his property to his son-in-law, North Carolina legislator Major James Holland, and moved to Charleston, S.C. There he lost a great deal of his property, and several of his children died in epidemics. Returning to Rutherford, he remained embattled in countless law suits over real estate and in personal disputes. After his death, this fiery Irishman's 5,000-acre tract in Tennessee and his land in North Carolina were snarled in litigation until 1806. Surviving him were his wife and three children, John, Alexander McCandless, and Sarah Gilbert Holland. Mrs. Gilbert died at Major Holland's home in Maury County, Tenn., on 22 Dec. 1822.

Wisconsin State Historical Society, Calendar of the Tennessee and King's Mountain Papers of the Draper Collection of Manuscripts (1929).