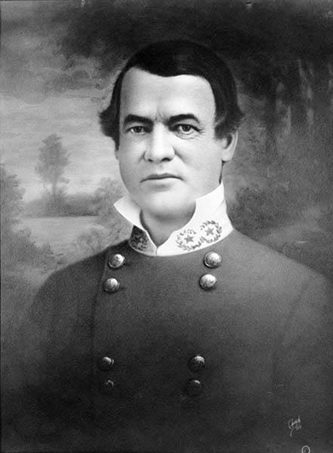 Richard Caswell Gatlin, soldier, Confederate officer, and farmer, was born at Kinston, Lenoir County. His father was John S. Gatlin, the son of John Gatlin who was one of the early settlers of Kinston; his mother was Susannah Caswell, the youngest child of Governor Richard Caswell. Gatlin's brother, John Slade Gatlin, became an assistant surgeon in the U.S. Army and was killed by the Seminole Indians in the Dade's Defeat massacre in Florida in December 1835. Young Gatlin attended The University of North Carolina in 1824–25 before his appointment to the U.S. Military Academy at West Point on 1 July 1832; he was graduated on 31 May 1834 with the rank of second lieutenant in the Seventh United States Infantry. He was assigned to frontier duty in the Indian Territory and on 31 Aug. 1836 was commissioned first lieutenant.

After serving in the Seminole War in Florida from 1839 to 1842, Gatlin was stationed in Louisiana until 1845. On 30 September of that year he was made a captain and joined the occupation army in Texas. He participated in the War with Mexico and in the defense of Fort Brown in May 1846. At the storming of the Mexican works in the Battle of Monterey he was wounded, for which he received the brevet of major for gallant and meritorious service on 23 Sept. 1846. In 1847, Gatlin declined the commission of colonel of the First North Carolina Volunteers. Thereafter he successively served in Missouri and Louisiana; took part in another Seminole War (1849–50); saw frontier duty in Kansas, the Indian Territory, Arkansas, and Dakota; accompanied General Albert S. Johnston's expedition to Salt Lake; and was stationed at Fort Craig, N.M. (1860). In February 1861, he was promoted to major in the Fifth United States Infantry.

While on a visit to Fort Smith, Ark., he was captured by Arkansas State forces on 23 Apr. 1861 when the state was on the verge of secession. After his parole, he resigned his commission in the U.S. Army and offered his services to North Carolina. He was first made adjutant general of the state, with the rank of major general of militia; later he received the rank of colonel of infantry in the regular Confederate Army and was given command of the Southern Department, in charge of coastal defense, with headquarters at Wilmington. On 15 Aug. 1861 he was appointed brigadier general, to rank from 8 July (confirmed 16 August). Placed in charge of the Department of North Carolina, he was assigned the almost hopeless task of building the state's coastal defenses. Gatlin found little to work with, as gunboats, artillery, equipment, labor, and especially troops were not available to defend the Outer Banks, its ports, and its hundreds of miles of inland sounds and rivers. Inevitably, the Union Army—in its initial attack against the coast—easily overpowered the weak defenses of Hatteras Inlet in late August 1861. Gatlin then attempted to strengthen the defenses of Roanoke Island and New Bern, making numerous appeals to Confederate authorities in Richmond for reinforcements. However, because of the demands for troops and supplies in other parts of the Confederacy, his requests were ignored. Consequently, his men could not resist the powerful Union forces of General Ambrose Burnside when they arrived on the coast in late January and early February 1862. Roanoke was captured on 8 February and New Bern fell on 14 March. 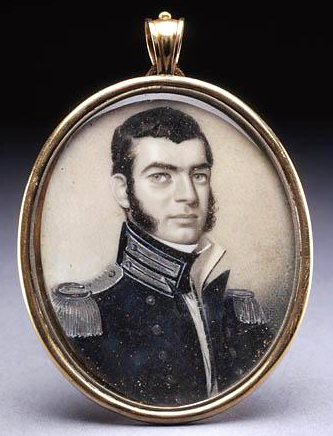 Gatlin, of course, received all manner of public criticism and blame for the reverses. He was scorned for not being with his men on the field of battle, although at the time of the fall of New Bern he was seriously ill at his headquarters in Goldsboro. He was even falsely accused of being intoxicated on the day of the battle. Perhaps Gatlin was too old for the monumental task assigned him, but in reality there simply had not been enough troops, equipment, and supplies to defend the coast. On 19 March, five days after the fall of New Bern, he was relieved of his command, ostensibly for health reasons. On 8 Sept. 1862, he resigned his commission because of his advanced age and served as adjutant and inspector general of North Carolina.

After the war Gatlin moved to Arkansas where he engaged in farming in Sebastian County until 1881, when he moved again to Fort Smith. He died at Mount Nebo, Yell County, Ark., at the age of eighty-seven, and was buried in the National Cemetery at Fort Smith. Gatlin's first wife, Scioto, died on 3 Jan. 1852, apparently from complications during childbirth. His second wife was Mary Ann Gibson. Both were buried with him in the National Cemetery, as were a son, Alfred Sandford Gatlin, and a daughter, Susan Caswell Gatlin Corley.

F. B. Heitman, Historical Register and Dictionary of the United States Army, vol. 1 (1903).