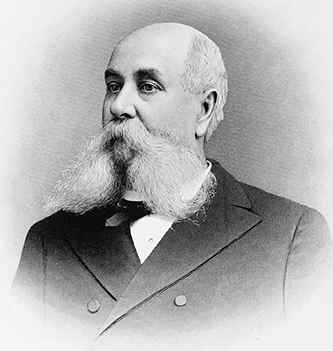 Thomas Charles Fuller, Confederate congressman and federal judge, was born in Fayetteville, the son of Catherine Raboteau and Thomas Fuller. His grandparents were living in North Carolina before the American Revolution. His father, a prosperous merchant, died young and the mother took her three children to the Fuller family home in Franklin County. Thomas prepared for college in Louisburg under John B. Bobbitt, then entered The University of North Carolina in 1849. He left after three years, however, and went to work for a Fayetteville merchant. When the job proved distasteful, he began studying law in 1855 under Richmond M. Pearson at Richmond Hill. The next year Fuller was admitted to the bar and began practicing in Fayetteville. On 5 Nov. 1857, he married Caroline Douglas Whitehead of Fayetteville.

In politics Fuller was a Union Whig. In the election of 1860 he supported the Bell-Everett ticket and afterward opposed secession as both unwarranted and unwise. But after President Abraham Lincoln's call for troops, he enlisted as a private in the Lafayette Light Infantry, which became Company F of the First North Carolina Regiment. He spent his six-month enlistment term on the Virginia Peninsular, participating in the battle at Bethel on 10 June. After his discharge he helped raise a battery of light artillery and was elected its first lieutenant. "Starr's Battery" was attached to the Tenth Regiment and served from January to September 1862 at Fort Fisher. It was then transferred to Kinston, where on 17 December it fought in the Battle of Neuse River Bridge. In the summer of 1863, Fuller resigned his commission to campaign for a seat in the Confederate House of Representatives. His opponents were secession Democrats, and he won an easy victory on the tide of discontent sweeping North Carolina.

Fuller was a reticent congressman, possibly because he was the youngest member and the poorest, the census of 1860 showing him to have no property. But his voting record indicated grim resistance to encroachments on state or individual rights. At every chance he voted to undo controls already in effect and to retract emergency powers previously delegated to the executive. The few suggestions that Fuller made aimed to correct inequities in the tax and habeas corpus laws. He was an early peace advocate and by 1865 was privately working for separate state negotiations on the best terms obtainable.

Although elected to the United States Congress in 1865, Fuller was not seated. When nominated again in 1868 he was defeated, and in 1872 he failed to win as a Democratic elector. Meanwhile, he was developing one of the state's most prominent law practices. He was counsel for defendants in the Ku Klux Klan cases, and when Chief Justice Pearson feared impeachment in 1870, he asked Fuller to defend him. In 1873 Fuller moved to Raleigh and formed a partnership with Samuel A. Ashe and Augustus S. Merrimon. Fuller made his chief reputation in criminal cases, though he never took any involving capital crimes. His erudition, careful preparation, and skilled cross-examination made him one of the best trial lawyers in the state.

In 1891 President Benjamin Harrison appointed Fuller associate justice of the U.S. Court of Private Land Claims, which ruled on titles based on Mexican grants in the territory acquired from Mexico, at a salary of $5,000 a year. He maintained a residence in Raleigh, but spent considerable time in Santa Fé and Denver. Fuller held the federal judgeship until his death in Raleigh after a long and debilitating illness. He was buried in Oakwood Cemetery.