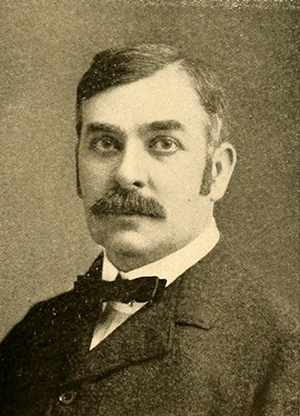 Williamson Whitehead Fuller, lawyer and general counsel for the American Tobacco Company, was born in Fayetteville of Scottish ancestry, the eldest son of Thomas C. and Caroline Whitehead Fuller. In 1891 his father, a law partner of Judge Augustus H. Merrimon and Captain Samuel A. Ashe, was appointed associate justice of the U.S. Court of Private Land Claims by President Benjamin Harrison. Young Will Fuller received his education at the Little River Academy near Fayetteville, the Horner and Graves Academy in Hillsborough, the University of Virginia at Charlottesville, and the Dick and Dillard Law School in Greensboro. In 1880 he was admitted to the bar and began to practice in Raleigh, joining his father's firm, Merrimon and Fuller, which in 1879 had succeeded the firm of Merrimon, Fuller, and Ashe.

In 1881 Fuller wrote the bill for the creation of Durham County, which was introduced in the General Assembly of that year. The bill failed to pass and a motion to reconsider it was tabled, a move that usually meant certain death to any bill, but Fuller came up with a solution to the problem. Observing that there is no limitation on a legislature examining its own creation, he said that if the legislature makes a mistake or finds new light on a subject, justice requires that it reconsider the previous action. Although his premise engendered strong opposition, it also had considerable support, including that of Lieutenant Governor James L. Robinson, president of the senate. A move to reconsider the vote passed, and two days later, after a stiff fight, the bill to establish Durham County passed its third reading and became law.

Shortly afterwards, Fuller moved to Durham and went into partnership with W. S. Roulhac. After Roulhac's death he practiced alone until 1889, when he formed a partnership with his brother, Frank Lanneau Fuller, which continued until 1895. It was during this time that Will Fuller gained the reputation of being one of the most able lawyers, with one of the most lucrative practices, in the state. Rather than specializing, he covered the whole field of the law, and it was said that he could assume any personality that would best serve his cause in a trial: terse and homely, urbane and gracious, scholarly and philosophical, or practical and persuasive. These talents did not escape the shrewd eye of James Buchanan Duke, and in 1890 W. Duke Sons and Company retained Fuller as its legal counsel in Durham. It was in that capacity that he assisted in the organization of the American Tobacco Company. As the head of the new company, Duke frequently called on Fuller to advise him and his associates, and in 1895 he asked the young lawyer, then just thirty-seven, to move to New York and become American's chief legal counsel. From that time until his retirement in 1912, Fuller's services were almost exclusively linked to the giant tobacco trust.

After his retirement Fuller devoted himself to his family and to farming and country life at his home, Haymount, in Briar Cliff Manor, N.Y. His wife, whom he married in 1880, was the former Annie Staples of Greensboro. They had six children: Thomas Staples, Janet Douglas, Margaret Hereford, Caroline Whitehead, Annie Norman, and Dorothy. At various times he was a trustee of the endowment fund of the University of Virginia, president of the New York Southern Society, president of the North Carolina Society in New York, and president of the University of Virginia Alumni Society in New York. A cousin of Edwin Wiley Fuller, the poet and novelist, Will Fuller was the author of a book of poems and essays called By-Paths (1926). He also wrote a sketch of James B. Duke that appeared in Samuel A. Ashe's Biographical History of North Carolina. A staunch Presbyterian, Fuller gave considerable sums of money to the First Presbyterian Church in Fayetteville and the Old Bluff Church, near Fayetteville, for the restoration of their buildings.

After an illness of some months, he died and was buried in the Sleepy Hollow Cemetery at Briar Cliff Manor, N.Y. Portraits of Will Fuller and his father hang in the Supreme Court Buildings in Raleigh.