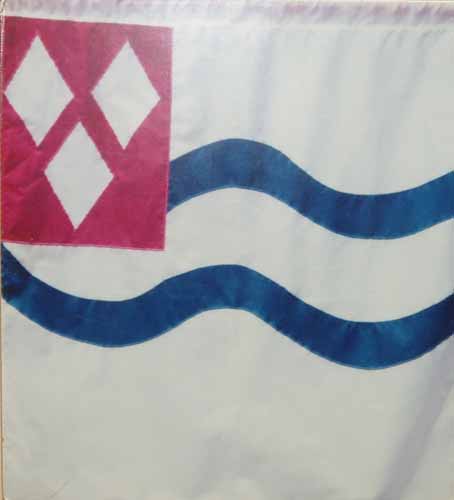 Simon or Simão Fernándes (Fernando), Anglo-Portuguese seaman and master pilot who guided the English colonial movement to the shores of North America, was born about 1538 in Alcuna, Terciera, Azores, the son of Gaspar Fernándes. As a young man, he appears to have been trained as a navigator in Portugal and later sailed with Spanish voyages to the New World, perhaps including one or more of the expeditions to explore the eastern coast of America north of Florida between 1561 and 1573. He may have been the Domingo Fernández who was pilot on the Spanish expedition of 1566, which was seeking the Baya de Santa Maria (Chesapeake Bay) and apparently discovered what is now the Currituck peninsula in North Carolina.

About 1573 Fernándes went to England, residing first in Plymouth and later in London. He married an English girl and became an English subject. He was a Protestant, who described himself as a "merchant of London"; elsewhere, however, he was described as a "pirate," "a thorough-paced scoundrel," and "one of the best pilots in the country."

Fernándes was first recorded in English service in 1574, when he sailed as pilot of the Elephant, commanded by the notorious pirate John Challice and owned in part by the queen's cousin, Henry Knollys. The next year, he bought a small bark of his own and joined with Challice in marauding Latin shipping in the Atlantic. As a result of protests from the Portuguese ambassador, he was arrested for piracy and sent to London for trial. Perhaps due to the lack of evidence, but more likely through influence in high places, he was acquitted and released in 1577. Soon afterward he entered the service of Sir Francis Walsingham, the queen's secretary of state, who was a leading proponent of transoceanic expansion of England. This, together with his acknowledged skill as a pilot, doubtless led to Fernándes's employment in the first venture of Sir Humphrey Gilbert under his royal patent to exploit North America for the Crown. In late autumn 1578, he sailed with the expedition as master of the Falcon, an old ship of Henry VIII's navy that had been sold by the Crown to London merchants in 1575. On this voyage, he became acquainted with Gilbert's younger half-brother, Walter Raleigh, who, though it was his first ocean voyage, sailed as captain of the Falcon. After this venture, Fernándes continued in the service of Gilbert. In 1580 he sailed from Dartmouth in Gilbert's eight-ton "frigot," the Squirrel, "upon a voyage of discovery." With a crew of about ten men, he "came to and from said coasts [North America] within three months." In 1582–83 he was employed as pilot of the four-hundred-ton galleon, the Leicester, the admiral ship of a large venture under Sir Edward Fenton that was intended to find a route to the East Indies by way of the South Atlantic.

In 1584, Fernándes's talents were again turned toward North America. Serving as pilot and master of the principal ship, he carried Philip Amadas and Arthur Barlowe on an expedition for Walter Raleigh; during this voyage the explorers scouted the coast of what is now North Carolina and Virginia, took possession of it for England, and gathered information for English colonization of the area. The following year, when the first colony sailed for America, Fernándes was pilot and master of the royal ship Tiger, admiral ship of Sir Richard Grenville, "general" of the venture. In 1587, the second colony (the "Lost Colony") sailed. On this expedition he was master of the principal ship, the Lion, pilot major, and, apparently, the sea commander of the venture. However, disregarding instructions from Raleigh, he deposited the colony on Roanoke Island instead of taking it to Chesapeake Bay.

In late 1587, when Fernándes returned from Virginia, England was mobilizing to meet the threat of the Spanish Armada. He joined the fleet and in 1588 served against the Armada as an officer (boatswain) on the royal ship Triumph, the largest vessel in the English fleet. He was last recorded at sea in 1590 when, as master of the royal ship Foresight, he sailed in a naval expedition under Sir John Hawkins and Sir Martin Frobisher to intercept shipping between Spain and its overseas colonies. After this voyage, he lapsed into obscurity; though perhaps he returned to Portugal and was the "Simon Fernandez, a pilot of Lisbon" whom Richard Hakluyt met in London in March 1604.

The coarse language and piratical delights of Fernándes disgusted some of his more pious associates; but his skill and knowledge were such that even John White, artist and governor of the Lost Colony, who abhorred him, followed his advice during the 1587 voyage. In early times, an entrance opposite Roanoke Island in the vicinity of modern Oregon Inlet was called "Port Fernando," which may indicate that Fernándes discovered Roanoke Island and the North Carolina mainland.

Sir Walter Raleigh's lost colony : an historical sketch of the attempts of Sir Walter Raleigh to establish a colony in Virginia, with the traditions of an Indian tribe in North Carollna [!] ; indicating the fate of the colony of Englishmen left on Roanoke Island in 1587, ECU Libraries: https://digital.lib.ecu.edu/13413

A picture of the reproduction of Ferdinando's Coat of Arms. ECU Digital Library. Available from http://digital.lib.ecu.edu/hakluyt/view.aspx?p=Simon%20Ferdinando&id=406 (accessed January 25, 2013).