Charles Force Deems, clergyman, educator, and author, is best known for his connection with the Church of the Strangers in New York City during the late nineteenth century and for his friendship with Cornelius Vanderbilt that resulted in the establishment of Vanderbilt University in Nashville, Tenn. However, his quarter of a century in North Carolina, from 1840 until 1865, left an enduring mark on the state.

He was born in Baltimore, Md., the son of George W. and Mary Roberts Deems. His mother was the daughter of Zachary Roberts, a Methodist minister, and his father, of Dutch ancestry whose ancestral name was De Heems, became a local Methodist preacher; in 1859 he was admitted to the North Carolina Conference of the Methodist Episcopal Church, South, and was sent to Topsail. Both parents were extremely pious, and the son showed early evidence of a religious bent. After his mother died, he went to live with a maiden aunt in order to study law at Dickinson College, a Methodist institution in Carlisle, Pa. Before his graduation in 1839, his religious bent had turned him to the ministry; afterward he taught school and preached in New York City, where he met his future wife, Annie Disoway, daughter of a prominent hardware merchant there.

Deems joined the New Jersey Conference of the Methodist Episcopal Church and was sent to Asbury Circuit. He soon exchanged his work there for the general agency of the American Bible Society in North Carolina, a state that had always had an appeal for him. In 1840 he began his new job in Caswell and Iredell counties and before long found himself in demand as the "boy preacher"; in 1841 he had his conference membership transferred to North Carolina. 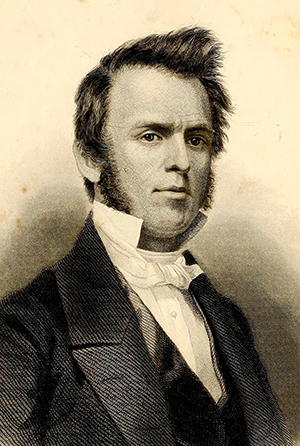 In 1842 former Governor David L. Swain, president of The University of North Carolina, prevailed upon Deems to join the university in order to get a Methodist on the faculty. Deems served as professor of humanistic studies for five years. Shortly after he accepted the post, he went back to New Jersey and married Annie Disoway on 30 June 1843. In 1848 he left the university to take the position of professor of natural sciences at Randolph-Macon College, a school supported jointly by the Virginia and North Carolina conferences of the Methodist Episcopal Church, South, located at that time in Boydton, Va., just across the Virginia line north of Raleigh. He remained there only one year, resigning with the intention of going into the itinerancy. However, he was soon back in educational work as president of Greensboro Female College, putting in order the affairs of one of the oldest women's colleges in the United States which he found at a low ebb. He remained there from 1850 until 1854, when he again resigned to enter the itinerancy. From then until he left North Carolina in 1865, he busied himself with preaching in the eastern part of the state; for four years, he also served as presiding elder of the Wilmington District.

Meanwhile, Deems's interest in education continued. In 1852, while president of Greensboro Female College, he had purchased the Sylva Grove School property in Davidson County, where Thomasville later developed, renamed it Glenn Anna, and supervised it as a preparatory school for Greensboro College under the auspices of the North Carolina Conference. Late in 1858 the citizens of Wilson built a school for boys and girls and presented it to Deems, who organized and supervised it as St. Augustin's Institute, a nondenominational school. He also was instrumental in the conference's move to take over Normal College in Randolph County and served as chairman of its board of trustees; later he was chairman of the board of trustees of Olin High School, another Methodist institution, in Iredell County.

While Deems was at Randolph-Macon, a feud developed between him and William A. Smith, president of the college. Their personal disagreement was to have a tremendous impact on the development of Methodism in North Carolina. Essentially, each man thought that the other was trying to thwart his ambitions, Smith to become a bishop and Deems to become president of Randolph-Macon. For years their conflict rocked the Virginia and North Carolina conferences, with Smith preferring charges of immorality (lying) and slander against Deems in the North Carolina Conference in 1854 and Deems retaliating with like charges against Smith in the Virginia Conference the next year. Both men were exonerated by their own conferences, but opinions became polarized, with most of the North Carolinians taking the part of Deems and most of the Virginians siding with Smith. As a result, the North Carolina Conference established the North Carolina Christian Advocate and withdrew its support from the Richmond Christian Advocate, which had been outspoken in its support of Smith. Also it adopted Braxton Craven's Normal College in Randolph County as its college and gradually withdrew support from Randolph-Macon. Deems, as chairman of the board of trustees, renamed Braxton Craven's school Trinity College. Out of his personal problems had grown a successful movement of independence by the North Carolina Methodists from the overlordship of Virginia. 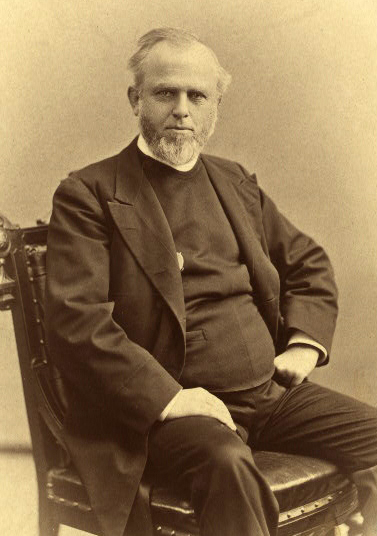 When the Civil War broke out, Deems opposed secession but supported the Confederacy; his oldest son, Theodore Disoway, lost his life leading a charge at Gettysburg. During the war he deserted Trinity College and threw his support behind Olin High School in Iredell County. In that move he did not receive the support that he received in his conflict with Smith; when Trinity College reopened after the war, he went in 1865 to New York to establish a religious and literary newspaper, The Watchman. The periodical was of short duration. In 1866 Deems began the ministerial work that developed into the Church of the Strangers, meeting first in one of the chapels of the University of the City of New York and then in a chapel given to him by Cornelius Vanderbilt. That was his main work until his death. For some time he received appointments to New York from the North Carolina Conference, but in 1875 he was located by that conference and ended his connections with it. That did not mean the end of his connections with North Carolina. In 1877 he was back in the state to receive an honorary LL.D. degree from The University of North Carolina. He had already been awarded a D.D. degree by Randolph-Macon in 1853.

Deems was a prolific writer and publisher. As early as 1840 he published a book of poems and a biography of Adam Clark. His best known works, Life of Jesus and Scotch Verdict in re Evolution, were both from his later years in New York.

He died and was buried in New York City, leaving two sons and two daughters. The sons, the Reverend Edward M. Deems, Ph.D., a Presbyterian minister, and Francis M. Deems, Ph.D., published a life of their father containing entries from his journal and an autobiography covering his earlier years.

"'Deems Memorial' Church of the Strangers (Non-denominational)." The NYC Chapter of the American Guild of Organists. http://www.nycago.org/Organs/NYC/html/ChurchStrangers.html (accessed June 11, 2013)

Taylor, Joseph S., editor. A romance of Providence; being a history of the Church of the strangers in the city of New York. New York: Wilbur B. Ketcham. 1887. https://archive.org/details/romanceofprovide00tayl (accessed June 11, 2013)