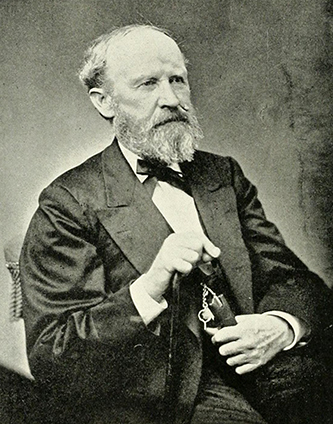 Adam Brevard Davidson, planter and developer, a son of John ("Jacky") Davidson, Jr., and his wife Sarah Harper Brevard, was born at Rural Hill, the plantation home in Mecklenburg County built by his grandfather, Major John Davidson (d. 1832). He was given only an English education (without Latin and Greek) and hence sometimes referred to himself as a "clodhopper" in contradistinction to his three youngest brothers—one attended West Point and the other two obtained degrees in the first graduating class at Davidson College. He began life as a planter, he and his father owning together some five thousand acres and fifty or sixty slaves in the Hopewell section of Mecklenburg. When construction was begun on Davidson College in 1836, on land belonging to his cousin and uncle-in-law Major William Lee Davidson, Adam Brevard contracted for and supplied the lumber for the early buildings. All lumber was sawed at his own mills.

On 20 Apr. 1836, at Springfield in York County, S.C., Davidson married Mary Laura Springs (b. 13 Mar. 1813), a daughter of John Springs, III, who had given her every advantage. She first attended the Moravian Academy at Salem, N.C., and later the select school of Madame Sarazin in Philadelphia. She bore her husband fifteen children. Her manuscript journal (1836–43) is in the Southern Historical Collection at The University of North Carolina, Chapel Hill. An entry for 9 June 1837 reads: "We went to housekeeping. Father and Mother-in-law moved to Rural Retreat," which meant that the brick mansion house, Rural Hill, was turned over to the young couple and the older family moved to the original log house on the same plantation. Many entries in the journal refer to the family's participation in religious services at Hopewell Presbyterian Church, where Davidson was an elder from 1846 to 1875. In 1856 he was a delegate from Concord Presbytery to the General Assembly of the Presbyterian Church in New York City.

He was elected a trustee of Davidson College in 1844 and served with few intermissions until 1877. Two of his sons were educated at the Presbyterian college: Robert who died as a result of mistreatment in a northern prison during the Civil War, and Baxter who was, at his death, the largest single donor in the college's history.

Davidson was a conspicuously successful planter. He was made president of the Mecklenburg Agricultural Society some fifteen years before the war and served intermittently until the society was disbanded by the Confederate defeat. On 16 Jan. 1854 he delivered an address to the society on "Deep Ploughing." His address to the society "On the Culture of Clover" was published in the Charlotte Western Democrat of 12 Feb. 1861. He was interested not only in crops but also in livestock, Devon and Durham cattle, and particularly horse breeding. Advertisements appeared in the local papers of stallions available at his stables for improving blood lines of other stock raisers in Mecklenburg and neighboring counties. In addition, he was a believer in internal improvements and railroads and invested his money in many enterprises for progress. In 1847 he became one of the first directors for the Charlotte, Columbia, and Augusta Railroad and continued in that office until his death. He was also a director of the Granitesville Manufacturing Company in South Carolina.

It was well known that, as an old line Whig, Davidson was opposed to the secession of North Carolina until Lincoln's invasion of the South. Thereafter he invested heavily in Confederate bonds and three of his sons—John, Robert, and Richard—served with distinction in the Confederate Army. As a result of the war and the failure of friends whose notes he had signed, he lost over three-fourths of his considerable fortune. He became convinced that much of the South's future prosperity lay in the cities, and in 1872 he turned Rural Hill over to his son John Springs Davidson and moved to Charlotte. He invested in real estate and left a handsome property to his children. It was said that he built sixteen stores and dwelling houses in the city. His own city residence stood on the lot known as the Queens College grounds on South Tryon Street. It was demolished later to make way for Charlotte's fourth courthouse.

Mary Laura Springs Davidson died in Charlotte on 24 Oct. 1872 and was buried at Rural Hill. On 29 July 1876 Davidson married Cornelia C. Elmore (1835–1921) of Columbia, S.C. Her lineage was quite as distinguished as his, her father having been Franklin Harper Elmore who succeeded to Calhoun's seat in the U.S. Senate, and her mother a daughter of Governor John Taylor of the same state. There were no children from this union.

While a resident of Charlotte, Davidson was a consistent and generous member of the First Presbyterian Church. From 1873 to 1880 he served on the board of directors for the Theological Seminary at Columbia, S.C. He retained his interest in Davidson College and continued to support it. The "Mecklenburg Declaration of Independence," of which his grandfather Davidson was a "signer," was also a cardinal doctrine of his faith; on 8 June 1896 he gave an affidavit to the clerk of the Mecklenburg Superior Court testifying to conversations with his grandfather confirming that event and date (20 May 1775).

Before the war, according to Dr. J. B. Alexander's History of Mecklenburg County, "Mr. Davidson was well known not only in Mecklenburg county, but through Western North Carolina as the foremost farmer in this part of the State. . . . He was worth prior to 1865, a half million dollars." After his removal to Charlotte, he became equally outstanding as one of the builders of the New South. His obituary in the Charlotte Daily News (6 July 1896) states: "He was a prominent and influential factor in building and supporting the railroads and mills of this section and gave of his wealth and influence liberally to educational institutions. He was a man who has done good to all people and all things that come under his influence. He was liberal and charitable and was generous in his treatment of mankind."

All fifteen children of Adam Brevard and his first wife were born at Rural Hill: Mary Laura married the Reverend Alexander Sinclair; John Springs, the only son to have children, married Martha Caldwell and inherited Rural Hill where his descendants still live; William Lee died at seventeen; Robert A. left Davidson College for the Confederate Army and died as a result of imprisonment in the North; Richard A. and Sarah were unmarried; Jenny married Dr. J. M. Miller; Isabell married Charles G. Montgomery; Amanda, twin of Isabell, married A. J. Beall; Adam Brevard, Jr., died at seventeen; Blandie was unmarried; Leroy Springs had no issue; Julia married the Reverend Thomas H. S. Strohecker; Edward Lee Baxter married late in life and had no issue; and Fanny died in infancy.