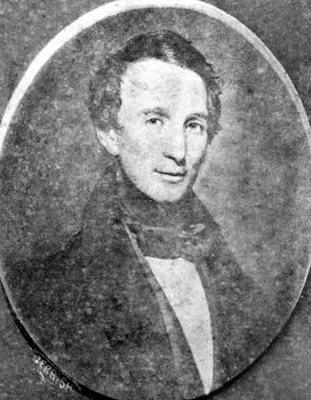 Hardy Bryan Croom, planter, politician, and naturalist, was born at his father's estate in Lenoir County. He was the son of Major General William Croom and his first wife, Mary Bryan, a daughter of Colonel Nathan Bryan, a prominent citizen and member of Congress from New Bern. Croom's early years were spent on his father's plantation with two brothers and a sister. His mother died when he was about seven years old, and his father married Elizabeth Whitfield, daughter of General Bryan Whitfield of White Hall, Wayne County. By Betsy Whitfield, General Croom had five children.

Croom is said to have attended a local academy. He received an A.B. degree at The University of North Carolina in 1817 and an M.A. there in 1820. He was considered a brilliant student. Along with his university classmate, Francis Lister Hawks, he read law with Judge William Gaston in New Bern. In 1821 he married Frances Henrietta Smith, the daughter of Nathan Smith, a wealthy citizen of New Bern; the Crooms had three children, Henrietta Mary, William Henry, and Justina Rosa.

Always an active and popular public figure, Croom delivered the Fourth of July address before a company of local militia at Kinston, Lenoir County, in 1825. No doubt he was preparing himself a place in local politics; in 1828 he was elected to represent Lenoir County in the state senate.

In 1826, Croom's father established planting interests in Gadsden County, Fla., though he never became a citizen of Florida. After General Croom's death in 1829, his son resigned his seat in the General Assembly to go to Florida in 1830 in the interest of the estate. He was succeeded in the state senate by William Dunn Moseley, who later moved to Florida and became that state's first governor (1845–49). On his first visit to Florida, Croom became so interested in the state that upon his return to Lenoir County in 1831 he sold his estate and removed his plantation slaves to Florida. His family moved to New Bern.

Croom had a keen interest in geology, mineralogy, and botany and was especially taken with the fauna and flora of Florida. In 1833 he and Dr. H. Loomis brought out the Catalogue of Plants Observed in the Neighborhood of New Bern, North Carolina, which was published by the Spectator office in New Bern. After Croom's untimely death, a new edition of this catalog was published by G. P. Scott and Company, with Croom's friend Dr. John Torrey, a botanist of New York City, seeing it through the press. Croom's writings were published in volumes 25, 26, and 28 of the American Journal of Science and Arts in 1834 and 1838. His most famous paper, the monograph "Observations on the Genus Sarracenia, with an Account of a New Species," appeared posthumously in the fourth volume of the Annals of the New York Lyceum of Natural History, of which he was a member. He also held membership in the Philosophical Society of South Carolina and was a corresponding member of the Academy of Natural Sciences of Philadelphia. 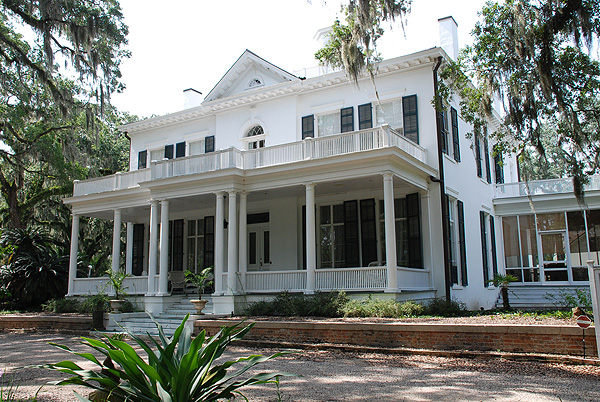 In the early 1830s, Croom began work on a biography of General Richard Caswell, the first governor of North Carolina after independence. Caswell was a resident of Lenoir County before his death in 1789, and Croom had a lively interest in him. The biography of Caswell was never completed, and the manuscript, which Croom was reported to have sent to New York publishers just before his death, has never been recovered.

In 1832, Croom purchased a plantation on the west side of the Apalachicola River, near Marianna, Fla., and another in Gadsden County, near Quincy, Fla. In 1834 he began to develop another plantation in Leon County. He hoped to establish a residence there, three miles from the territorial capital of Tallahassee.

While traveling from his Leon County plantation to his Gadsden County lands, Croom discovered one of the rarest coniferous trees, which he named Torreya taxifolium in honor of Dr. John Torrey. This tree has four species, each growing in widely separated locations: China, Japan, California, and Florida. Croom's discovery was the first of this species in the United States. Later Croom discovered another plant, which Dr. Torrey named Croomia pauciflora in his memory.

Each year from 1830 to 1837, Croom went annually to Florida; his family lived in New Bern, spending the summer months at Saratoga and New York City. In 1826, Bryan Croom, Hardy Bryan Croom's brother, moved from Lenoir County to Florida, and established a plantation in Gadsden County, named Rocky Comfort; later, he built Goodwood, a handsome antebellum mansion near Tallahassee in Leon County. Against Bryan's advice, Hardy Bryan decided to brave the bad economic conditions then prevailing in Florida and move his family from New Bern to Tallahassee. He decided first to establish a summer home in Charleston, S.C., in 1837, and then to move his family, who were on holiday in New York City, via Charleston to Florida.

Croom and his wife and children sailed from New York on the steamboat Home on 7 Oct. 1837. The next day, Croom's fortieth birthday, a bad storm was encountered, and the steamboat began having difficulties. On the ninth the boiler fire was put out by high water inside the ship, at which time the captain tried to put ashore south of Cape Hatteras. As night came on the passengers were ordered on deck to abandon ship. Many were swept away and drowned in the large waves that overcame the boat, and among those lost were all of the Croom family.

As a result of the disaster, one of the most interesting cases in legal history was filed in circuit court in Leon County, Fla., 24 Jan. 1839. Henrietta Smith, the maternal grandmother of the Croom children, and their maternal aunt, Elizabeth M. Armistead, filed a bill of complaint against the sister and two brothers of Hardy Bryan Croom, for the purpose of determining who would inherit the estate. Bryan Croom purchased the rights of his brother and sister and was represented by James Louis Pettigru of Charleston, one of the most able and noted attorneys in the South. The case was litigated for twenty years. In 1857 the Florida Supreme Court rendered a final decision, overturning the original decision, which had decided in favor of Bryan Croom. Mrs. Smith and Mrs. Armistead got all the personal property, which was the most valuable part of the estate, and two-eighths of the real estate; Bryan Croom received the rest. This case is recognized as a landmark in the United States on the question of survivorship in a common calamity.

A marble shaft in St. John's Episcopal churchyard in Tallahassee stands as a memorial to the Croom family. Only the bodies of Mrs. Croom, the son and the youngest daughter were ever recovered; they were taken to New Bern and buried in the vault of Croom's father-in-law, Nathan Smith, in Cedar Grove Cemetery.

Hardy Bryan Croom, Catalogue of Plants Observed in the Neighborhood of New Bern (1837).

Hardy Bryan Croom. Image courtesy of the State Library & Archives of Florida via the UNC Herbarium. Available from http://www.herbarium.unc.edu/Collectors/Croom_HB.htm (accessed May 1, 2013).

Hardy Bryan Croom. Image courtesy of the State Library & Archives of Florida via the UNC Herbarium. Available from http://www.herbarium.unc.edu/Collectors/Croom_HB.htm (accessed May 1, 2013).

Greenwood Estate, Tallahasse, Fl. was built by Croom in the 1830s. Courtesy of the Goodwood Museum. Available from http://www.goodwoodmuseum.org/history.php (accessed May 1, 2013).