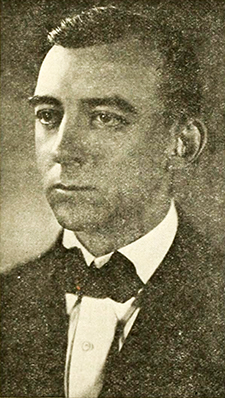 While his father represented North Carolina in the Forty-seventh through Fiftieth Congresses and served as secretary of the Senate, Cox attended public schools in Washington, D.C.; later he entered Horner Military School in Oxford. A 1904 graduate of The University of North Carolina, with A.B. and A.M. degrees, he participated in varsity football, baseball, and track and was a member of the Phi Society, Sigma Alpha Epsilon, Golden Fleece, and Gimghouls. He was president and permanent president of his class and in 1921 was president of the General Alumni Association. He was admitted to both the Massachusetts and the North Carolina bar in 1907, following studies at Harvard Law School, where he was a member of Phi Delta Phi legal fraternity.

Representing Wake County in the North Carolina House of Representatives in 1909, Cox was chairman of the Public Buildings and Grounds Committee and a member of the Appropriations, Constitutional Amendment, Insurance, Judiciary I, and Military Affairs committees. Active in Democratic politics, he was a delegate to the Democratic National Conventions of 1912, 1932, 1940, 1944, and 1948 and was Democratic elector-at-large in 1920. He declined to enter the race for the 1932 gubernatorial nomination, although a 1927 movement encouraged him to do so.

With his brother, Francis Augustus, Cox practiced law in Raleigh from 1908 to 1919; afterward he practiced alone, largely in trial and corporate law. During these years he was president of the Raleigh Chamber of Commerce (1912); a charter member (1914) and the second president of the Raleigh Rotary Club, North Carolina's first; president of the Raleigh Baseball Club; vice-president and counsel for Boylan-Pearce Company and Jolly's Jewelers; director and counsel for Raleigh Building and Loan Association, Southern Coach Company, Merchants National Bank of Raleigh, and North State Electric Supply Company; director of Capital Construction Company, Colonial Life Insurance Company of High Point, and Rex Hospital, Raleigh; and trustee of the University of the South, Sewanee, Tenn. In 1916 he was appointed superior court judge for the Seventh Judicial District of North Carolina, which position he resigned in July 1917.

Cox saw Mexican border service in 1916 as captain of Company B, Third North Carolina Infantry. The following year, as colonel, he organized and commanded the 1st North Carolina Field Artillery, which he continued to command when it became the 113th Field Artillery, A.E.F.; the unit served in the St. Mihiel and Meuse-Argonne offensives and at other locations in France, including assignment in the Army of Occupation. Cox later received the Distinguished Service Medal. He became brigadier general in the Officers' Reserve Corps in 1922, commanding the 155th Field Artillery Brigade of the 80th Division, and he was president of the Third Corps Area advisory board of reserve officers. As commander-elect of the North Carolina Department of the American Legion in 1927, he and his predecessor in office led the state's contingent of some two hundred veterans to France as part of the pilgrimage of eighteen thousand American Legionnaires to comrades' graves and to the legion convention in Paris. 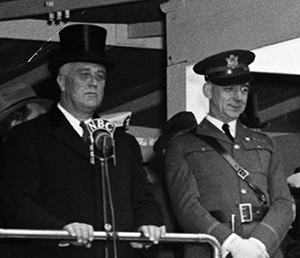 Moving to Washington in 1932, Cox was admitted to the District of Columbia bar in 1933 and became a director of the Potomac Electric Power Company. Military activities continued to deflect considerable time from his law practice. During World War II he served as District of Columbia Director of Selective Service, commanding general of the Washington Provisional Brigade and later of the Military District of Washington, and commander-in-chief of the Military Order of the World Wars. As provost marshal of Washington, D.C., he had custody of the Nazi saboteurs who landed from submarines on the Atlantic coast. As commanding general of the District of Columbia National Guard after 17 May 1938, he accomplished a reorganization of the unit and was instrumental in acquiring the armory building completed in Washington in 1941 and dedicated after the war, 20 June 1947. He continued to command the guard until his retirement on 6 Nov. 1949, with the rank of major general, U.S. Reserves.

His retirement years were spent at his residence on Linwood Avenue, Goldsboro, where he continued his law practice, principally related to estates. He was active in Chamber of Commerce endeavors, chairing the committee on conventions and tourism, and was instrumental in promoting the Salvation Army locally. He participated in the local cancer society's drives to fight the disease that eventually claimed his own life. He died in Goldsboro and was buried in Willow Dale Cemetery with full military honors.

A History of the Rotary Club of Raleigh (1955 [photograph]).