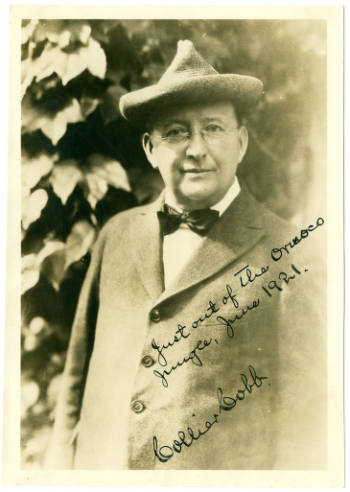 Collier Cobb, college teacher and geologist, was born near Goldsboro at Mt. Ashburn plantation in Wayne County. His parents were Needham Bryan and Martha Louisa Cobb. Joseph Cobb, his first paternal ancestor, came to Jamestown, Va., in 1613 from Aberdeen, Scotland. A Baptist minister, Cobb's father held more than a dozen pastorates in his career, from Moore's Creek to Lincolnton; when Collier was born, he was acting chaplain for the Second Regiment of the Army of Northern Virginia.

As a youth, Cobb, with his eleven brothers and sisters, was educated at home by his mother. A precocious child, he wrote, illustrated, and printed his own newspaper, the Home Journal, from 1871 to 1875. In 1872 he printed for private distribution a metrical version of Virgil's Georgics. At the age of twelve he helped take down in shorthand the Vance-Settle political debates. he began working in his teens on a map of North Carolina that was adopted by the state board of education in 1879 and went through six editions. After farming and teaching near Lilesville for a few years and working as a relief telegraph operator for the Central Carolina Railroad, he enrolled at Wake Forest College in 1878. In 1880 he left college and taught for a year at Locke Craig's Preparatory School in Chapel Hill. He also attended The University of North Carolina for one year. In 1881 he resumed teaching, first in Durham and the next year in Waynesville. From 1883 to 1886 he taught in Wilson, serving also as superintendent of schools during his last year. During the summer of 1885 he studied at the marine biological laboratory at Annisquan, Mass.

From 1886 to 1892, Cobb was an assistant on the U.S. Geological Survey. In 1888 he went to Harvard University, where he studied geology and assisted Nathaniel Southgate Shaler. At Harvard he was president of the Southern Club, secretary of the Natural History Society, and a member of the Free Wool Society. He paid for his tuition and expenses at Harvard by working as a correspondent for a syndicate of newspapers he established. After earning a bachelor's degree from Harvard in 1889, he was an instructor at the Massachusetts Institute of Technology and a lecturer at Boston University from 1890 to 1892. 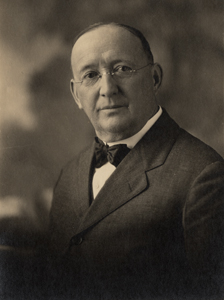 In 1892, Cobb returned to Chapel Hill to become an assistant professor of geology and later the head of the geology department. In 1894 he received an M.A. degree from Harvard for work concentrating on the topographical features around Kings Mountain. The next year he studied briefly at the École Superieure des Mines in Paris. He was an officer with the Union Pacific expedition to the fossil fields of Wyoming in 1899. He continued to teach at The University of North Carolina for forty years and also taught at the Summer School of the South in Knoxville (1902, 1907), Biltmore Forest summer sessions (1905–12), and summer school at Cornell University (1928). In 1917, Wake Forest College awarded him an honorary Sc.D. degree.

Cobb was a member of the Elisha Mitchell Scientific Society, the Boston Club of Natural History, the Technology Club of Boston, the American Association for the Advancement of Science, the National Educational Association, the North Carolina Society of the Sons of the Revolution, the Southern History Association, and the Watauga Club in North Carolina. He was a fellow of the Geological Society of America. He was president in 1907 of the North Carolina Academy of Science and in 1908 of the Harvard Club of North Carolina. He served for many years as chairman of the Public School Committee in Chapel Hill. For twenty years he was superintendent of the Sunday school and a member of the board of deacons in the Chapel Hill Baptist Church.

In a memorial to Cobb, William F. Prouty, his successor as department chairman, wrote that Cobb's "interest in humanity was genuine and far reaching. . . . His striking personality, keen intellect, and remarkable memory, expressed in a wealth of rare anecdotes, made him the central figure in any group. . . . His teaching and personality so impressed his students that many of them went on to successful careers in geology." Many of Cobb's hobbies directly aided his work in the classroom. From his travels in Asia, Europe, Africa, and South America, he brought stories and jokes to stimulate his students, as well as the results of his geological researches. His skill as an artist and amateur photographer enabled him to illustrate his lectures, and a library of over ten thousand volumes assisted him in his teaching and research. 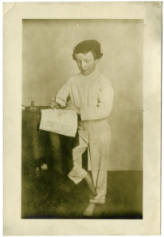 In his study of geology he concentrated on moving sands, coastlines, and soils. He published many books and articles, including "Where the Wind Does the Work" (National Geographic Magazine ), "Notes on the Deflective Effect of the Earth's Rotation as Shown in Streams" (Journal of the Elisha Mitchell Scientific Society ), "The North Carolina Coast: Its Perils and How They May Be Lessened" (Proceedings of the Atlantic Deeper Waterways Association ), and "Dunes Sands and Eolian Soils in Relation to Present and Past Climatic Conditions of the Continent of North America" (Compte-Rendu ). His Pocket Dictionary of Common Rocks and Minerals was widely used.

Cobb's interest in the land was not entirely academic. After seeing conservation exhibits at the Atlanta Exhibition in 1895, he acquired the gullied area in Chapel Hill known now as Cobb Terrace and began to develop it. After 1915 he successfully converted it into a residential park.

Early in the summer of 1933, Cobb suffered a slight stroke. Eighteen months later he died in Chapel Hill and was buried in the Chapel Hill Cemetery. A portrait hangs in the library of the geology department in Mitchell Hall at The University of North Carolina. In 1952 the university named Cobb Dormitory in his honor.