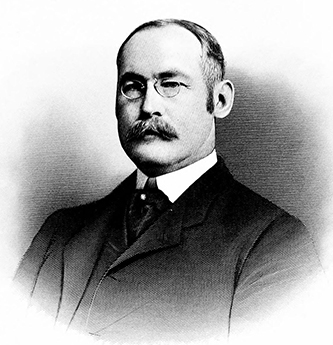 William Preston Bynum, II, jurist, prosecutor, and lawyer, was born in McDowell County but was reared in Stokes County. He was the son of Major Benjamin Franklin Bynum and Charity Henrietta Morris and was named for a paternal uncle. Among his ancestors were the Hamptons, Prestons, and Martins of Stokes County. Bynum received the benefit of good books in his home and was formally educated at Kernersville High School and Dalton Institute in Stokes County and at Trinity College, from which he was graduated in 1883, after receiving the Braxton Craven scholarship award in his junior year. After attending Dick and Dillard Law School in Greensboro, Bynum was admitted to the bar in Charlotte on 7 Feb. 1884.

Although Bynum's career in politics was undistinguished, he made a good reputation for himself. After running unsuccessfully for the state senate in 1890, he was selected a North Carolina presidential elector on the Republican ticket in 1892. In 1894, during the Populist upheaval in North Carolina politics, Fifth Judicial District voters elected him solicitor. In this position he became "not merely a prosecutor of the guilty but a protector of the innocent." His reputation for fairness and justice continued when he resigned the solicitorship in October 1898 to accept appointment as a superior court judge for two months. On 1 Jan. 1899 the McKinley administration appointed him a special assistant to the attorney general, in which position his most notable accomplishment was the successful prosecution of the Asheville Bank Cases. In 1903 he resigned the office of special assistant and returned to private practice. His last forays into politics were as candidate for Republican presidential elector in 1912 and as Republican candidate for chief justice of the North Carolina Supreme Court in 1918, neither of which ventures was successful.

Although Bynum was not especially successful as a politician, he had a distinguished legal career. He first practiced law with kinsmen, William Preston Bynum in Charlotte from 1884 to 1887 and first Bartlett Shipp and then Judge John Gray Bynum in Greensboro from 1887 to 1902. Thereafter, until 1919, Bynum practiced alone. He took in as associates Sidney S. Alderman in August 1919 and Frank P. Hobgood, Jr., in January 1923, thus forming the firm of Bynum, Hobgood, and Alderman. Bynum's first notable achievement as a lawyer was the successful defense of state Supreme Court Chief Justice David M. Furches and Associate Justice Robert M. Douglas, both Republicans, in their 1901 impeachment trial before the North Carolina Senate on charges, largely political, that they had violated the North Carolina Constitution. Bynum achieved a national reputation when he pleaded before the U.S. Supreme Court for the appellees in the cases of Hammer v. Dagenhart (1918) and Bailey v. Drexel Furniture Company (1922), which resulted in two national child-labor laws being declared unconstitutional. In 1921 the State of North Carolina retained Bynum to assist the attorney general in defending the constitutionality of a 1921 North Carolina law taxing the incomes of corporations against legal attacks by four railroads. Bynum pleaded for the state in the railroad cases (Atlantic Coast Line Railroad Company and others v. Daughton, 262 U.S. 413), and the United States Supreme Court upheld the North Carolina law. The conditions giving rise to these last three cases confirmed Bynum in his view that the great danger of the nineteenth century was the growth of state power at the expense of federal powers, while the great danger of the twentieth century was the eclipsing of state power by federal power. This view was central to Bynum's presidential address to the North Carolina Bar Association on 29 June 1920 in Asheville. 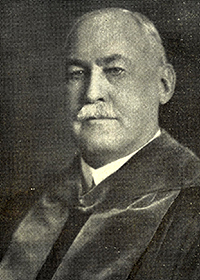 Bynum's distinction as a lawyer won him recognition and honor on many levels. In 1911 the U.S. Court of Appeals for the fourth district appointed him chairman of a committee to cooperate with a committee of the U.S. Supreme Court to revise the rules of practice for courts of equity. His work resulted in new federal equity rules. In 1915, Governor Locke Craig appointed him to a commission to revise the system of court procedure and to formulate a uniform system of inferior courts for North Carolina. In 1925, Governor, Angus W. McLean appointed him to a judicial conference. The American Bar Association recognized his ability when it elected him president of the general council for four years, a member of the executive committee for three years, and committee member to report on the practices and procedures of the U.S. Courts Martial. Bynum was president of the North Carolina Bar Association from 1919 to 1920. In 1922, The University of North Carolina awarded him the honorary LL.D. degree for professional achievement and service to the state, which included many years of service as a trustee of the university. He was a member of numerous fraternal organizations and of St. Andrews Episcopal Church in Greensboro.

On 9 Mar. 1892, Bynum married Mary Fleming Walker of Charlotte; they made their home in a house on the southeast corner of Lee and Arlington streets in Greensboro. Their only child, a son, died in infancy. Bynum was buried with his wife and son in Green Hill Cemetery in Greensboro.

There is a portrait of Bynum in the Guilford County Courthouse.