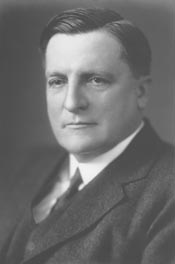 Alfred Lee Bulwinkle, congressman, was born in Charleston, S.C., to Herman and Frances McKean Bulwinkle. His father was a German immigrant who developed a successful career as a cotton factor and commission merchant. Alfred Lee Bulwinkle moved with his parents to Dallas, N.C., in 1891, where he was educated in the public schools. He studied law at The University of North Carolina in 1903–4 and was admitted to the bar in 1904. He first practiced law independently in Dallas and then moved to Gastonia, where in 1914 he established a law partnership with Robert Gregg Cherry, a future governor of North Carolina. From 1929 to 1931 he practiced alone; then in 1931 he began a professional association with Stephen B. Dudley that continued until Bulwinkle's death.

Bulwinkle gained the title "Major" from his involvement in World War I. He had been commissioned a captain in the National Guard in 1909. He served in 1916–17 on duty against Mexico. From 1917 to 1919 he was a major in the Field Artillery and had service overseas. After the war he resumed his law practice.

Bulwinkle's political career began before the war. He served as alderman in Dallas and then, from 1913 to 1916, as prosecuting attorney for the municipal court of Gastonia. After his military duty, he was elected to the House of Representatives in 1920 from what was then the Tenth Congressional District. He continued to be reelected from that district until he was defeated in 1928 by Republican Charles R. Jonas, Sr., from Mecklenburg County, in the Hoover sweep of that year.

After his defeat, Bulwinkle practiced law and helped prosecute and convict Fred E. Beal and a group of Communists for the murder of the police chief involved in the strike at Loray Mill in 1929. For this action, Bulwinkle won the continued opposition of the Communist Daily Worker. 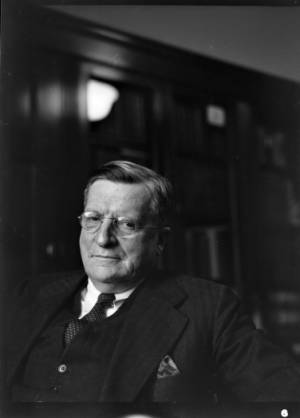 He was again successful in his election in 1930 in the new Tenth Congressional District, which contained the same counties as the previous ninth. In 1940 the General Assembly redistricted the state and placed Gaston County in the eleventh district, removing Mecklenburg County from Bulwinkle's constituency. That county had provided his major opposition in the Democratic party in the form of Hamilton C. Jones, who was then elected to Congress from the newly created tenth district. Bulwinkle continued uninterrupted service in Congress from 1931 until his death in 1950.

In Congress, Bulwinkle was not a figure of major prominence. He sought to improve the benefits of veterans, and he was an important member of the House Committee on Interstate and Foreign Commerce. At the time of his death, he was the second ranking Democrat on that committee and chairman of its subcommittees on Transportation and on Communications. Bulwinkle helped organize the House Veterans Committee after World War I and helped draft the veterans' benefits act in the 1920s. Probably his most famous piece of legislation was the Reed-Bulwinkle Act of 1948, which exempted trucking companies and railroads from prosecution under the Sherman Anti-Trust Act. The legislation was vetoed by President Harry S. Truman but was passed over the veto by the Republican Eightieth Congress.

Bulwinkle had a generally conservative image as a congressman, but he supported liberal legislation in the early New Deal years and helped to write the first wage and hour law, as well as much public health legislation, including the Cancer Research Act, the Tuberculosis Control Act, and the Venereal Diseases Act. He was House floor leader for the first hospital construction act.

Because of his involvement in interstate and foreign commerce, Bulwinkle became quite knowledgeable about aviation; he was appointed U.S. delegate to the International Aviation Conference in Chicago in 1944 and U.S. adviser to the International Civil Aviation Organization at Montreal, Canada, and Geneva, Switzerland, in 1947.

Bulwinkle married Bessie Lewis, a daughter of James R. and Catherine Lineberger Lewis of Dallas, N.C., in 1911. They had two children: Frances McKean, who married E. Granger Williams of Little Rock, Ark.; and Alfred Lewis, who, after completing law school, joined his father's practice in Gastonia.

Bulwinkle became ill with multiple myeloma, a chronic bone disease, shortly after winning his election in 1948. While others were being sworn in in 1949, he was being treated in Bethesda Naval Hospital. He attended his last congressional session only for a few days and then in a wheel chair. He had returned to Gastonia to recuperate when he died in 1950. His body was interred in Oakwood Cemetery there.