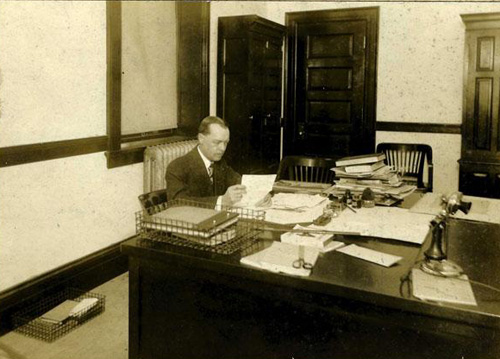 President Theodore Roosevelt appointed Briggs, a Republican, postmaster in Raleigh, and he continued to serve during the administration of William Howard Taft, leaving the position in 1914 when he returned to Wake Forest to study law. Admitted to the bar in 1915, he was promptly chosen city court prosecutor and continued to serve through 1921. During 1918–19 he was a member and secretary of the Raleigh Exemption Board, operating under the Selective Service System. He was assistant U.S. attorney of the Eastern District from 1921 until 1930 but resigned to resume the private practice of law. In 1928 he was a delegate to the Republican National Convention. In 1934 he was the Republican nominee for associate justice, North Carolina Supreme Court, and four years later was his party's nominee for Congress from the Fourth District, but he was not elected in either race.

Briggs was deeply interested in the history of Raleigh and Wake County, as well as of the State of North Carolina, and devoted considerable time to research, writing, and speaking on historical subjects. Among his published works were a history of the First Baptist Church in Raleigh and a biography of Henry Potter (1766–1857).

On 16 Feb. 1910, Briggs was married to Beulah Sanderlin; they were the parents of two daughters, Sarah Wooten and Eliza Sanderlin. He was buried in Oakwood Cemetery, Raleigh.