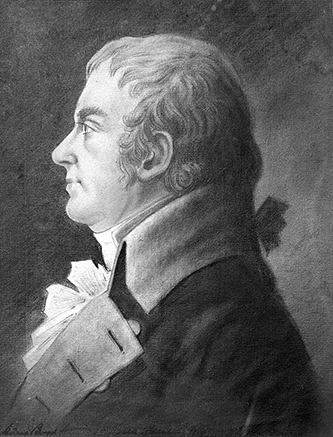 Adam Boyd, clergyman and newspaper editor, was born in Montour County, Pa. His father, also named Adam Boyd, was a native of Balleymoney, Ireland, and served as an Old Side Presbyterian minister from his arrival in America until his death in 1768. Boyd's mother was Jan Creaghead (Craighead), daughter of a Presbyterian clergyman. There were eleven children in the family: Andrew, Mary, Hannah, Elizabeth, Samuel, Margaret, Janet, Agnes, Thomas, John, and Adam.

Nothing is known of Boyd's youth except that he received a classical education and was licensed to preach by the Presbyterian church. As a young man, he lived for a while in Bermuda with his brother John, but he left the West Indies and settled in Wilmington at least as early as 1764. Boyd did not follow his clerical profession but engaged in business in the Carolina port city, where he was socially popular and acclaimed as a literary figure. In 1769 he purchased a printing press and three sets of aged type from the estate of Andrew Steuart for thirty-eight pounds; on 13 Oct. of that year, he launched the Cape Fear Mercury, which was successful from the start.

Fourteen regular issues and four literary supplements of the paper have survived, showing the early issues to have been embellished with the royal arms of Great Britain and a Latin motto that, translated freely, stated: "Since I am concerned with and inquire about the true and proper, I am in this wholeheartedly." The only other newspaper in the colony at the time was the North Carolina Gazette, published at New Bern. The news sheet varied in size from twenty-one inches wide and seventeen inches long, with three columns on a page, to ten inches wide and thirteen inches long, with two columns on each of four pages. The subscription price for the weekly was sixteen shillings per year, and the contents included news items, fiction, and advertisements.

As a publisher, Boyd did not hesitate to print articles critical of the royal government, although he maintained friendly relations with Governor Josiah Martin, who appointed him registrar for New Hanover County in 1775. The governor frequently referred to Boyd's paper in his correspondence with the Earl of Dartmouth, and when he issued his "Fiery Proclamation" in 1775, he mentioned several statements published in the Mercury.

Boyd encountered financial difficulties in 1774, but the Wilmington Committee of Safety assisted him in resuming publication. The colonial assembly gave him a share of the official printing, and he was able to continue editing the paper until about January 1776. The royal arms no longer graced the front page, however: Boyd had become a patriot, a member of the committee of safety in Wilmington, and a member of the committee of correspondence. In these activities, he was associated with Cornelius Harnett, William Hooper, Alexander Lillington, James Moore, Archibald Maclaine, Richard Caswell, and Joseph Hewes. Fired with patriotic enthusiasm and faced with the increasing difficulty of obtaining paper and supplies under wartime conditions, he suspended publication of the Mercury and on 4 Jan. 1776 enlisted as an ensign in the First North Carolina Battalion.

Boyd was promoted to second lieutenant in 1776. He was made chaplain to the Second North Carolina Battalion eighteen months later and then elevated to the rank of brigade chaplain. He served under colonels Thomas Clark and Edward Buncombe and, in addition to his regular duties, officiated as judge of a military court and endeavored to obtain supplies and useful information for the army. He also assisted General Jethro Sumner in organizing the North Carolina chapter of the Society of the Cincinnati, and he was elected the first secretary of the organization. At the close of the war, the State of North Carolina awarded Boyd 7,200 acres in Davidson County, Tenn., for his military service.

A portrait of Boyd, painted in 1776 and now in the collection of Benjamin D. Palmer of New Market, Md., shows him to have been an attractive man whose facial expression denoted determination and zeal. In 1774 he married Mary Ivy DeRosset, widow of the prominent Dr. Moses John DeRosset and mother of Mary Magdalene and Armand John DeRosset. Boyd never had children of his own but was an affectionate and dutiful stepfather.

Being financially unable to reenter the publishing business at the end of the war, Boyd decided to seek ordination as an Episcopal minister. The Anglican Church of St. James, in Wilmington, which was attended by both the Ivy and the DeRosset families, had no resident minister, and Boyd was frequently requested to hold services there. However, increasingly serious attacks of asthma, which had begun while he was in the army, required him to move to a different climate. Because of her declining health, Mrs. Boyd made her home with her daughter, then Mrs. Henry Toomer, and her husband moved to Augusta, Ga., to serve St. Paul's Parish. On 18 Aug. 1788, in New London, Conn., he was admitted to the Holy Order of Deacons of the Protestant Episcopal Church in the United States by the newly consecrated Bishop Samuel Seabury, and the following day he was ordained into the Holy Order of Priests.

Boyd labored valiantly to rebuild his parish, which had been impoverished by the war and which was able to pay him very little for his services. Afflicted by increasingly poor health and grieved by the death of his ailing wife in 1798, Boyd determined to journey to Tennessee while he was physically able in order to liquidate the lands he owned there. In 1799 he visited both Knoxville and Nashville, in each place preaching the first sermon ever delivered there by an Episcopal clergyman. In 1800 the Harmony Masonic Lodge of Nashville requested him to compose a sermon in memory of George Washington. He complied and, although he had broken a leg in his travels and had to be carried to the pulpit in a chair, delivered the memorial sermon to an enthusiastic audience. This address was printed and is his only surviving composition.

Later, Boyd traveled to Natchez, Miss., where he made new friends and busied himself writing booklets for children. He died there, but the site of his grave is unknown.

Richard Webster, A History of the Presbyterian Church in America (1858).

"Adam Boyd." Circa 1790-1803. The Collection of the Museum of Early Southern Decorative Arts (MESDA) at Old Salem. http://www.mesda.org/