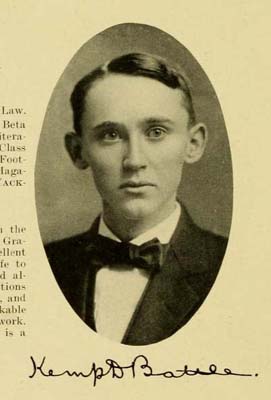 Kemp Davis Battle, lawyer, was born in Rocky Mount. His grandfather, Kemp Plummer Battle, served as president and historian of The University of North Carolina. On his maternal side, he was a descendant of James Davis, the first printer and the first newspaper editor in North Carolina. He was the son of Thomas Hall Battle, the chief executive officer of Rocky Mount Mills, and Elizabeth Mershon Davis Battle.

Two years after he was born his mother died, and he went to Chapel Hill to live with his grandparents while his grandfather was serving as president of the university. Before entering college, he attended the John Graham Preparatory School for Boys located at Warrenton. At the age of seventeen, Battle entered The University of North Carolina, where his leadership ability soon became evident. There he developed strong friendships with Frank Porter Graham, Charles W. Tillett, Jr., and Francis E. Winslow. The four, who enjoyed an interest in debating, became known as the "Pin Point Discussion Club." Battle was graduated from the university in 1909, winning the prestigious Willie P. Mangum Medal for excellence in oratory. He was admitted to the North Carolina Bar Association in 1910, having combined his first year in the two-year law school program with his last year as an undergraduate. He went to Rocky Mount to begin practicing law but then, because of tuberculosis, went to Dr. Trudeau's Sanitarium at Saranac Lake, N.Y., to receive treatment. In 1911 his friend Francis E. Winslow joined him in forming the firm of Battle and Winslow. From 1912 to 1915 he received treatment and attended the University of Denver, where he received his LL.B. degree in 1914. Winslow continued as his law partner for a period of nearly sixty-two years. From 1918 until 1920, Battle served as a judge in the Rocky Mount Municipal Court. His law firm grew and became Battle, Winslow, Merrell, Scott, and Wiley. On several occasions he was a contributor to the North Carolina Law Review, and periodically he served as a lecturer at the law school. He was a member of the American Bar Association. During his tenure as president of the North Carolina Bar Association in 1932 and 1933, he was influential in gaining the passage of a bill that transferred the control on admission and disbarment of lawyers from the state supreme court to the state bar. He served on the council of the state bar from 1933 to 1941.

Battle was very active in the Church of the Good Shepherd in Rocky Mount, where he acted as a vestryman and a senior warden. He was a delegate to the triennial Convention of the Episcopal Church, a member of the executive committee of the Diocese of North Carolina, and chancellor from 1954 to 1957. In 1966, Bishop Thomas A. Fraser of North Carolina presented to him the Bishop's Award, "for devoted and untiring service to the church." 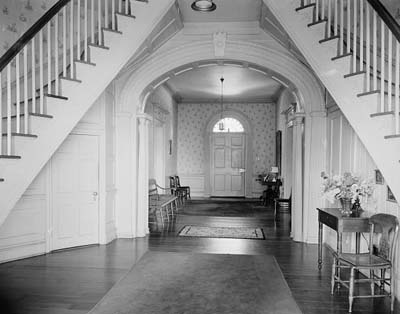 Battle, like his grandfather, had an interest in history and a large personal library. After leaving the university, he wrote "Life and Services of Colonel Jonas Johnston" for the North Carolina Booklet, a publication dealing with North Carolina history. He recorded the minutes of the North Carolina state bar from 1936 to 1941 in the North Carolina Law Review. With other relatives, he served on the publishing committee for The Battle Book: A Genealogy of the Battle Family in America, to which he contributed "A History of the Rocky Mount Mills."

In the 1930s he served as general chairman of the Committee for a Revised Constitution for North Carolina; parts of the proposed revision were passed. 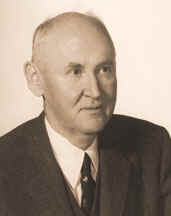 A strong interest in education was evidenced by Battle's service as a trustee of the Rocky Mount Public Schools from 1923 to 1944 and as a member of the board of directors of the Braswell Memorial Library in Rocky Mount from 1925 to 1940. He aided in the founding of the North Carolina Wesleyan College in Rocky Mount and dedicated himself to bettering The University of North Carolina. In 1927 he demonstrated a strong belief in the importance of preserving freedom when he expressed opposition to the controversial "Monkey Bill," which would have disallowed the teaching of evolution in the North Carolina public schools and colleges; at the age of seventy-six, he made a widely acclaimed speech advocating the repeal of the "Speaker Ban Law." For many years he served as chairman of the Committee on Honorary Degrees at the university and as a member of the trustees' executive committee. In 1959 he declined reelection to the latter, ending over 120 consecutive years during which a Battle had been a member of The University of North Carolina Board of Trustees. In 1960 he was awarded the LL.D. degree by his alma mater.

Partly through Battle's influence, the Rocky Mount Mills donated the Lewis House, built in 1830 by the ancestors of Battle's wife, to the Nash County Historical Association for historic preservation. He was also interested in Rocky Mount Mills' donation of the land known as Battle Park to create a public recreational area. He served as a member of the board of directors of Park View Hospital Association, Inc., and played a key role in the organization and establishment in 1971 of the $12 million Nash General Hospital.

Battle remained remarkably active in mind and body until his death. He was buried in the family plot at Pineview Cemetery in Rocky Mount.

and "Statement Presented to the Speaker Ban Study Commission," Friends of the University, 9 Sept. 1965.

Battle was instrumental in having the Lewis House donated to the Nash County Historical Association. Image courtesy of Library of Congress. Available from http://www.loc.gov/pictures/item/csas200802940/ (accessed March 15, 2013).