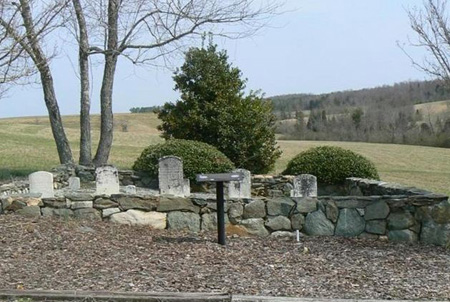 Andrew Balfour, Revolutionary War leader, officer in the North Carolina militia, and one of Randolph County's first representatives, was born in Edinburgh, Scotland, to Andrew and Margaret Robertson Balfour. His father was an Edinburgh Burgess and guildbrother with an estate known as Braidwood in the parish of Temple. There is no record of the son's date of birth, but the parish register for Temple shows that Andrew, Jr., was baptized on 23 Feb. 1737, and that other children followed thereafter: Margaret, Isabel, and John. Andrew married Janet Mackormick (McCormick) in Temple on 14 Apr. 1768 and in the proclamation of the banns immediately preceding the ceremony was described as an Edinburgh merchant. Balfour left Scotland in 1772, sailing from Greenock on 20 May and arriving in Boston on 18 July; he left behind his wife and infant daughter Isabel (Tibbie). His wife died 17 July 1773, and Balfour later married Elizabeth Dayton of Newport, R.I. Failing to achieve business success in the North, Balfour moved to Charleston, S.C., where he engaged in salt manufacturing while living with his younger brother, John, a Charleston merchant and planter. In 1778 he moved to Rowan County, North Carolina, where he purchased a plantation on the Bettie McGhee Creek. After building his first house, Balfour sent for his daughter in Scotland; she traveled to the new home with Balfour's sister Margaret, and together the three established permanent housekeeping arrangements on the plantation.

With the formation of Randolph County, Balfour served as one of the county's first justices of the peace and also as an elected representative in the House of Commons. He was always recognized as a man of superior intelligence, high moral character, and unflinching courage. From the beginning of the revolutionary movement, Balfour served as a leading advocate and activist in the American cause. At the first outbreak of fighting he offered his services to George Washington and served with distinction in the Continental Army. According to the David Fanning narrative, Balfour declared that there should be no resting place for a Tory's foot upon American soil. During his military career he was a close and personal friend of Washington's but was engaged primarily in the battles in Georgia and the Carolinas. In 1780 he was captured by Tories, but he escaped with the aid of local Whigs.

While home on leave, Balfour was surprised one Sunday morning by David Fanning and his band of marauding Tories, who were scouting in the Haw River country. He was killed by Fanning on the front porch of his residence in the presence of his sister and daughter. Fanning escaped punishment for the deed, but one Frederick Smith of Randolph County was charged with the murder and hanged in 1783. Balfour was buried in the family graveyard on the plantation. The cemetery has been restored and maintained by the Andrew Balfour Chapter of the DAR in Asheboro. The local Masonic lodge, a school, and a residential surburb have been named in Balfour's honor.

Elizabeth Balfour and two young children, Andrew, Jr., and Margaret, who remained in Connecticut until after her husband's death, moved to Salisbury in December 1784. Later, when her financial affairs became difficult, mutual friends informed President Washington, who appointed her postmistress at Salisbury on 31 Mar. 1796. She was the first woman to receive such appointment in the new nation, and she held the post for twenty-six years (1796–1822). Upon retirement, she moved to Randolph County, where her son, Andrew Balfour, Jr., and grandson, John Balfour Troy, had large landholdings, and lived there until her death. She was buried in the Balfour family cemetery.

I am a direct descendant of

I am a direct descendant of Colonel Balfour. I have heard of his service and death via my great aunt Pearl Balfour since I was a child. She worked diligently on the family tree long before the internet and was a member of the DAR. Although I am proud of my heritage in some aspects, the ownership of slaves shames me.

Col. Andrew Balfour was my 3

Col. Andrew Balfour was my 3 great grandfather. It is a treat to read about him and his family before and during the revolutionary war. It would be a difficult life by itself and the addition to war on your own land would make it almost impossible. I am so proud that my ancestor had a hand in forging the greatest country in the world.

I have never known where my

I have never known where my middle name came from. A Trogdon founded North Wilksboro by setting up a tanning plant to draw workers. The Trogdons had a plantation in the Asheboro area. Any source material or genealogy information would be appreciated.
Bob Trogdon

Col Andrew Balfour III was my

Col Andrew Balfour III was my 5th great-grandfather. It is very interesting learning about his life. Thank you!