George Venable Allen, diplomat and association executive, was born in Durham of French, English, Scotch-Irish, and Dutch ancestry. He was the son of Thomas Ellis and Harriet Moore Allen and one of six children. His secondary education was completed at Durham High School; he received the A. B. degree at Duke University in 1924 and the M.A. degree in International Relations at Harvard University in 1929. In later years, Allen, a member of Phi Beta Kappa and Tau Kappa Alpha, received honorary degrees from several institutions of higher education, including Duke University and High Point College. On 2 Oct. 1934, he married Katharine (Kitty) Thaxter Martin from Chevy Chase, Md.; they had three sons: George Venable, Jr., Jack Martin, and Richard Allison.

In 1919, Allen served in the Student Army Service Corps. After graduation from Duke, he taught school and was a principal in the public schools of Buncombe County from 1924 to 1928. During the period 1925 to 1929, he was at various times a newspaper reporter for the Asheville Times and the Durham Herald-Sun. Allen became a clerk in the Census Bureau in Washington, D.C., in 1930 but within a year began his diplomatic career by accepting the post of American vice-consul at Kingston, Jamaica.

As a member of the U.S. Foreign Service, Allen spent three decades in various positions both within the country and overseas. In 1931 he became vice-consul in Shanghai, China, where he remained until he accepted, in 1934, a similar post in Patras, Greece. Two years later he received a promotion to consul and diplomatic secretary in Cairo, Egypt. He returned to Washington in 1938 to work in the Middle Eastern Division, Department of State. Allen's first ambassadorial appointment was to Iran in 1946; he later served as U.S. ambassador to Yugoslavia (1950–53), India and Nepal (1953–55), and Greece (1956–57). These appointments placed him at critical junctures, where he ably represented the United States. He participated in several major conferences of the forties, including the Moscow Conference, the Cairo Conference, the U.N. Conference in San Francisco, and the Potsdam Conference. In 1948 he chaired the U.S. delegation to the UNESCO Conference in Beirut. Allen was assistant secretary of state for public affairs from 1948 to 1950 and assistant secretary of the Bureau of Near Eastern, South Asian, and African Affairs in 1955 and 1956. From 1957 to 1960 he served as director of the U.S. Information Agency. 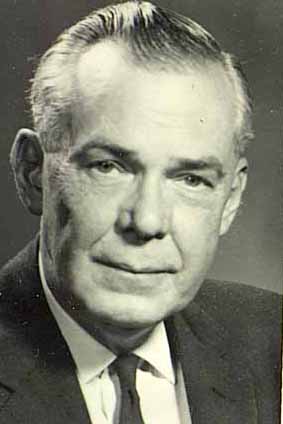 In 1960 Allen left the Foreign Service to become president of the Tobacco Institute, Inc. Six years later he became director general of the Foreign Service Institute, a training center for diplomats sponsored by the U.S. State Department. His government career ended in a retirement ceremony in November 1968.

Throughout his career, Allen wrote for publication and spoke before various organizations. In 1929 he won the Charles Sumner Prize for "The Effect of the League of Nations upon the Execution of the Treaty of Versailles," written under the pseudonym C. Adolphus, Jr. He was the recipient of the Robert Woods Bliss Essay Award for Foreign Service Officers in 1935. Two government publications bear his name, The President's Point Four Program (1949) and Report on India (1954). He contributed a section to Richard F. Boyce's Diplomatic and Consular Officers, Retired, Inc. (1969), and also left a book manuscript on his experiences as ambassador to Iran. Various journals contain his articles on such topics as propaganda, diplomacy, tobacco, democracy, Iran, the U.S. Information Agency, and the U.S. Foreign Service and foreign policy. From 1941 to 1943, he served as a lecturer at American University; although favorite topics were the Foreign Service and foreign policy, he also spoke on peace, the space race, the tobacco industry, India, Iran, Russia, and UNESCO.

Other organizations that claimed his time included the International Association of Students in Economics and Commerce; the American Association for the United Nations; the Institute of International Education in Washington; the President's Committee on Employment of the Physically Handicapped; the Meridian House, Washington; the United States National Commission for UNESCO; the American Farm School, Salonika, Greece; the Foreign Students Service Council in Washington; the Federal Union; and the Diplomatic and Consular Officers, Retired. He belonged to Delta Sigma Phi, the Metropolitan Club in Washington, the Chevy Chase Club in Maryland, and the Lotus Club and the Brook in New York. Allen was a Democrat and Methodist church member; he enjoyed playing golf and tennis.

At the time of his death, Allen was chairman of the People-to-People Program of the federal government. He died at his farm home near Bahama and was buried in Rock Creek Cemetery in Washington, D.C.

U.S. Department of State, Office of the Historian: http://history.state.gov/departmenthistory/people/allen-george-venable