The only statues of first U.S. president George Washington in North Carolina are two located at the State Capitol in Raleigh. The movement to place a statue of Washington in the state began in 1815. With the state in a patriotic fervor following the War of 1812, the General Assembly unanimously adopted a resolution instructing Governor William Miller "to purchase on behalf of this State a full length statue of General Washington." 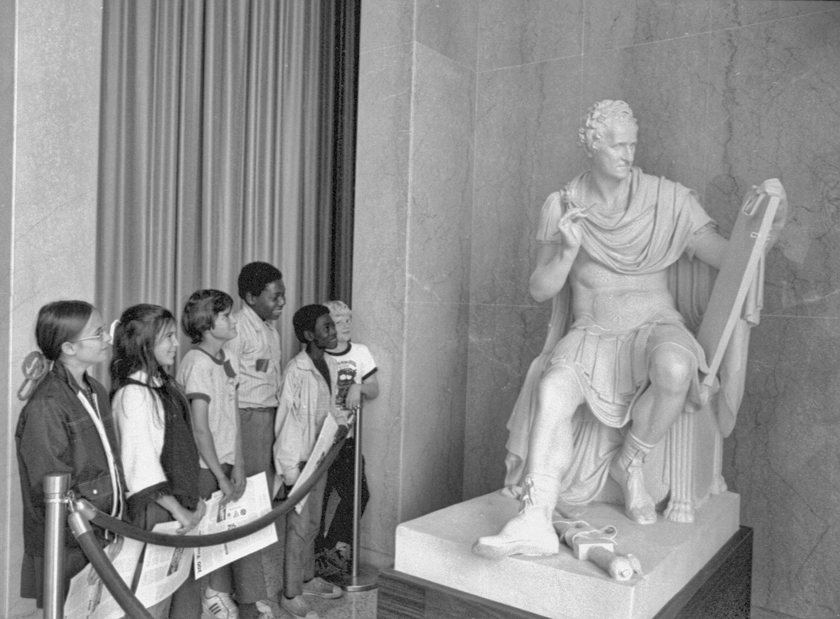 Nathaniel Macon, a North Carolina congressman from Warren County, sent letters of inquiry searching for a sculptor. Thomas Jefferson recommended well-known Italian sculptor Antonio Canova to do the work. The amount of $10,000 was appropriated during the following session of the General Assembly, and Canova was then commissioned to sculpt the statue. Canova depicted Washington as a Roman soldier, complete with tunic, sandals, and sword. Despite what was certainly by North Carolina standards of the day an unorthodox depiction of the "father of the country," the statue, carved of carrara marble, was well received and considered a great work of art. It arrived in 1821 and was installed in the statehouse, which was remodeled to provide a fitting showcase for the work. It occupied that place of honor until June 1831, when the statehouse burned, severely damaging the statue. 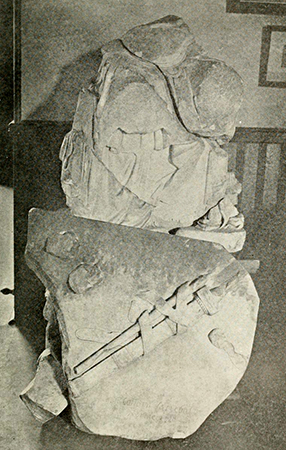 This event led to the state's purchase of a copy of Jean Antoine Houdon's 1788 life-size marble statue of Washington cast by Richmond founder William J. Hubard. This second statue of Washington depicted him in his traditional revolutionary uniform as he appeared in 1785 at the age of 54, prior to his election as president. Many North Carolinians were not pleased with this statue, as they expected it to portray Washington as he appeared in his final days. Dedication ceremonies for the statue were scheduled for 4 July 1857 at the capitol, although the statue barely arrived on time. The dedication ceremonies began at 5:00 p.m. that day, with a procession led by the Oak City Guard that began at the south end of Fayetteville Street.

In 1910 the Italian government presented the state with a plaster replica of the Canova statue, and interest was renewed in acquiring a marble one. The General Assembly established a commission in 1923 to arrange for reproduction of the work, but the advent of the Great Depression once again dashed hopes for its replacement. Finally, in 1963, a new commission was appointed that succeeded in contracting with Italian artist Romano Vio to recarve the work using Canova's original model. The "duplicate original" arrived in Raleigh in 1970 and was installed on the same spot in the capitol rotunda designated for it 130 years earlier.

"An Act to Provide for the Reproduction of Canova's Statue of Washington." Public laws and resolutions passed by the General Assembly at its session of 1925. Raleigh, N.C.: Edwards and Broughton Priting Company. p.562. http://digital.ncdcr.gov/u?/p249901coll22,237491 (accessed September 6, 2012).