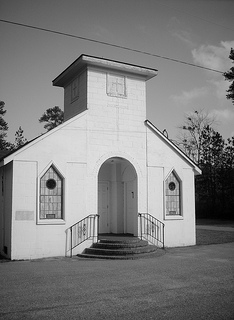 The United Holy Church of America, a primarily African American Christian body founded in Durham in 1894, was an outgrowth of the Holiness movement. The church, initially under the leadership of married couple Charles Christopher Craig and Emma Elizabeth Craig, was first known as the Holy Church of North Carolina and then as the Holy Church of North Carolina and Virginia. In 1918 its name was changed to the United Holy Church of America. The church is Methodist in background but Holiness and Pentecostal in doctrine. It espouses "entire sanctification" and the baptism of the Holy Spirit (or "second blessing"), encouraging, but not requiring, speaking in tongues as a sign of true conversion or as a prerequisite for full membership in the church. The church also believes in divine healing and includes baptism by water, the Lord's Supper, and foot washing among its religious acts.

In the twentieth century the United Holy Church grew through mission activities across the United States. By the beginning of the twenty-first century, it was estimated that there were 50,000 members in 470 congregations in the nation, with 25 churches and 1,500 members in North Carolina. Educational, missionary, youth, and social service programs were available through the United Holy Church general headquarters in Greensboro.