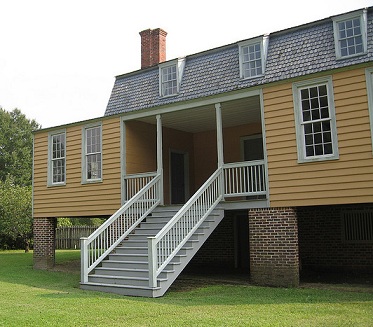 Travelers' rooms were small, porch-like rooms attached to the outside of houses usually situated along stage coach routes and were intended for the use of any passing traveler who needed accommodations. The rooms, often at the back of the houses, contained one or more beds and a minimum of other furniture. As a rule there was no charge for such accommodations, and, since most travelers' rooms had no doors leading inside the house, the owner of the house might have little or no contact with his overnight "guest." The practice of attaching travelers' rooms evolved in rural areas where there were few or no inns, residences were scattered, and travel was difficult. The reputation for "southern hospitality" may have originated because of this practice. Travelers' rooms may be seen at the King-Bazemore House (1763) near Windsor in Bertie County, at Mill Prong House (1790s) near Wagram in Scotland County, and elsewhere.