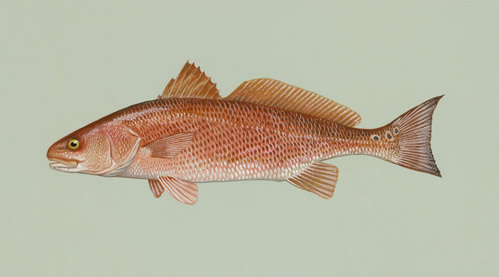 About the Channel Bass

Channel Bass (Sciaenops ocellatus) are usually found in large numbers along the Tar Heel coastal waters, and have been found to weigh up to 75 pounds--although most large ones average between 30 and 40 pounds.

Channel Bass are found in coastal and estuarine waters from Massachusetts to Key West, Florida, and along the coast of Texas in the Gulf of Mexico. In North Carolina, the fish have historically been important for both commercial and recreational fishing.  And North Carolina has been known for producing trophy-sized fish.

Beginning in the 1980s and through the 1990s, populations of the fish in North Carolina were in serious decline from over-fishing of young and juvenile fish, prohibiting the growth of larger adult specimens.  In 1998 the North Carolina Marine Fisheries Commission instituted quantity and catch size regulations to protect the Red Drum.

Section 1. Chapter 145 of the General Statutes is hereby amended by adding a new section at the end thereof, to be designated as G.S. 145-6, and to read as follows:

Sec. 2.  This act shall become effective upon ratification.

In the General Assembly read three times and ratified, this the 30th day of April, 1971.