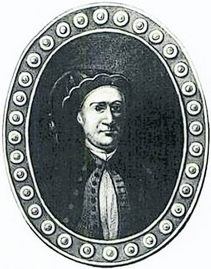 Strolling players consisting of actors, musicians, jugglers, comedians, and other entertainers who moved about from place to place to perform apparently appeared first in North Carolina in Currituck in 1702. Anthony Aston, a British lawyer, arrived in Charles Towne (Charleston, S.C.) that year "full of Lice, Shame, Poverty, Nakedness, and Hunger," and there "turned Player and Poet, and wrote one Play on the subject of the Country." He then went to the Albemarle region of North Carolina, where he remained a month through the generosity of Allen and Abraham Waights. No copy of his play is known to have survived.

A group called the American Company of Comedians toured North Carolina in the fall of 1787, presenting productions in Halifax, New Bern, and Wilmington. The latter place boasted an "elegant theatre." A company of comedians from New York toured eastern North Carolina in 1788. At various times singers, dancers, acrobats, rope-dancers, ventriloquists, and exhibitors of natural and artificial curiosities, wax works, and scientific apparatus also appeared throughout the state.

A well-educated but poor young London actor, William Augustus Richards, was a member of a company of actors passing through North Carolina when the group folded after appearing in Warrenton. Richards became a teacher in a local academy and in 1796, while teaching in the preparatory school at the University of North Carolina in Chapel Hill, he and his young charges presented two plays at commencement. These have been described as "the first dramatic performances ever given at any state university in America." The significance of that statement is considerably reduced, however, when it is acknowledged that there were no other state universities at that time.

"An Act for restraining Theatrical Interpretations in the vicinity of the University." Acts passed by the General Assembly of the State of North Carolina at its Session, Commencing on the of 15th of November, 1824. Raleigh [N.C.]: J. Gales and Sons. p. 17-18. http://digital.ncdcr.gov/u?/p249901coll22,161620

"The only known image of Tamworth-born Anthony Aston, from the frontispiece of his work "The Fool's Opera". Aston is pictured wearing the cloth cap of a fool." from "The rich man's son who survived piracy and endured poverty for an actor's life." Tamworth Herald/This is Tamworth (blog). August 12, 2011. http://www.thisistamworth.co.uk/rich-man-s-son-survived-piracy-endured-poverty/story-13120321-detail/story.html