NCpedia update: Mount Olive College changed its name to the University of Mount Olive in 2013. 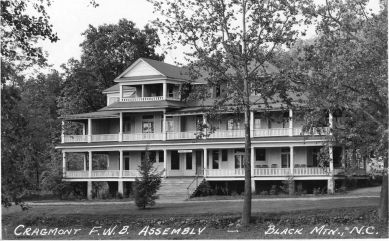 In 1951 the Convention of Original Free Will Baptists authorized the establishment of a junior college that opened in 1952 at Cragmont Assembly near Black Mountain as Mount Allen Junior College. In 1953 the school was moved to the town of Mount Olive and began a liberal arts program with a Christian emphasis, with W. Burkette Raper serving as president. In 1956 the school's name was changed to Mount Olive Junior College. In 1958 the college was accredited by the North Carolina College Conference and in 1960 achieved full accreditation by the Southern Association of Colleges and Schools. The decision to establish Mount Olive as a liberal arts school raised some criticism from Baptists who favored the idea of a Bible college committed to a fundamentalist philosophy of education, but friends of the college rallied to its support.

The school continued to expand, and in 1965 the first buildings were completed and occupied on land located on the outskirts of Mount Olive that by 2000 consisted of 138 acres. In 1979 the sponsoring convention endorsed a decision by the board of trustees to make Mount Olive a fully accredited senior college as soon as possible. Thus, the junior 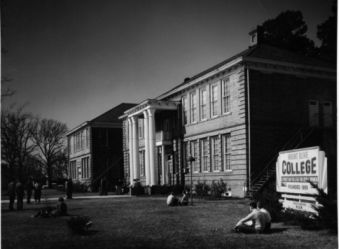 and senior classes were added in 1984 and 1985, and in December 1986 the Commission on Colleges of the Southern Association granted full accreditation to Mount Olive as a four-year institution awarding associate and baccalaureate degrees.

In 1975 Mount Olive College began an educational program at Seymour Johnson Air Force Base in Goldsboro, which has served both military and civilian students. Recognizing the need to provide special degree programs for nontraditional students at other locations, Mount Olive began to offer such programs in New Bern (1993), Wilmington (1995), and Durham (1997). In the early 2000s roughly 1,400 of Mount Olive's nearly 2,000 students were nontraditional students enrolled through the college's offsite locations.