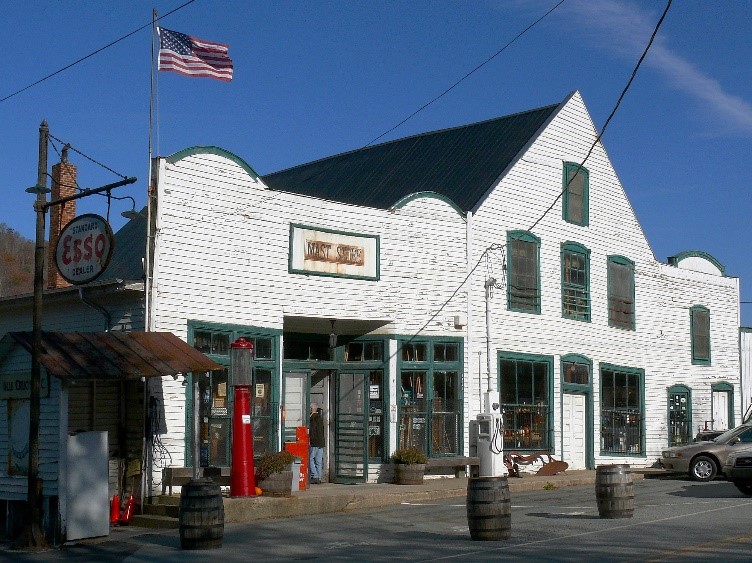 On April 4, 1973, the historic Mast General Store in Watauga County was added to the rolls of the National Register of Historic Places. After a century as a social and economic landmark in the mountain community, today the site is an iconic example of the heyday the country general store and its role in rural community life.

Henry Taylor, the store's founder, was originally a clock salesman from Davidson County. He began the store as a mercantile operation in Valle Crucis in the mid-1800s.  By the early 1880s, both the community and business had grown and he operated two general stores opposite each other on today’s NC194, then known as the Caldwell Watauga Turnpike. In 1898, W. W. Mast, a distant relation, purchased a half share in the business and the store’s name changed to Taylor and Mast.

In 1913, W. W. Mast, who had received his start in his uncle’s general store in Sugar Grove, took sole ownership of the business and changed its name to the Mast Store.  Like Taylor before him, Mast grew the business along with the community and as its needs changed. He began to sell gasoline and other fuels from the Standard Oil Company in 1930.

From its earliest beginnings, the store served not only the residents’ need for goods: it also served as a social hub for the mountain community. At various times it also housed the community’s post office. The store’s proprietors sold items grown and produced by local residents.  This local trade even included wild ginseng which reportedly made its way to markets in China.

Following W. W. Mast’s death in 1959, the Mast family operated the store until it sold both business and building in 1973.  The new owners, a professor at Appalachian State and a doctor from Atlanta, operated the business until 1977 when it closed its doors, having struggled to stay afloat.  Owners John and Faye Cooper acquired the property and re-opened the store in 1980. Since that time additional locations of the Mast General Store have opened in North Carolina and in Tennessee.  The original Taylor and Mast Store building in Valle Crucis remains open today.