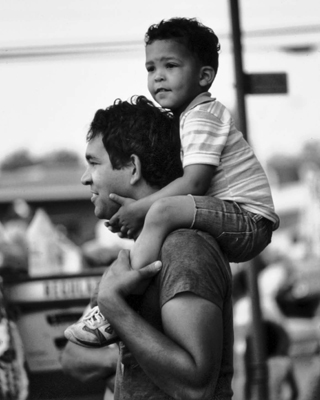 The North Carolina Language and Life Project at North Carolina State University has conducted extensive research on Lumbee speech beginning in 1994. Researchers have found that Lumbee Vernacular English is much like other southern dialects, especially Appalachian English. It does, however, have its own distinctive features. Some of its unusual vocabulary words include ‘‘cuz’’ (a greeting for a fellow Lumbee) and ‘‘toten’’ (a smell, sound, or vision indicating the presence of a spirit). Linguistic features of Lumbee Vernacular English include perfective ‘‘I’m’’ (‘‘I’m got to do it’’), finite ‘‘bes’’ (‘‘sometimes it bes that way’’), and consonant cluster reduction (‘‘ol’’ for ‘‘old,’’ for example). Some of the ways in which Lumbee speakers combine and pronounce words distinguish them from African American or white speakers in Robeson County.

The writings of anthropologists, Lumbee scholars, and a diverse array of ‘‘ordinary’’ Lumbee people illustrate several aspects of tribal culture. Placing great value on family is one key characteristic of the Lumbee, who typically maintain frequent (often daily) contact with extended family members. Children often live near their parents or on their parents’ land. Most Lumbees marry within the tribe; a sampling of the tribal roll in 2002 showed that 70 percent of Lumbees were married to another tribal member. Many Lumbee people also have extensive knowledge of their personal genealogy.

Faith, church attendance, and love of church and gospel music are also central to Lumbee culture. According to one estimate, Robeson County has some 130 Lumbee churches (the majority of them Methodist and Baptist). The church serves a strong social function in Lumbee culture, involving members in a variety of activities beyond the Sunday worship service. Churches have also served as training grounds for Lumbee political, educational, and business leaders.

The Lumbee have always had a deep love for Robeson County and the Lumber River—often calling it the ‘‘Lumbee’’—and a desire to own and hold onto their land. In the early 2000s, 64.6 percent of tribal members lived in seven primarily Lumbee communities in Robeson County, and another 30 percent lived elsewhere within North Carolina. Most Lumbees who have moved away (usually to find work) still consider Robeson County their home and return frequently to visit family, for the Lumbee Homecoming (a large festival held since 1970 around 4 July), and when retirement or job availability makes it feasible.