This work is licensed under a Creative Commons Attribution-NonCommercial-NoDerivatives 4.0 International License 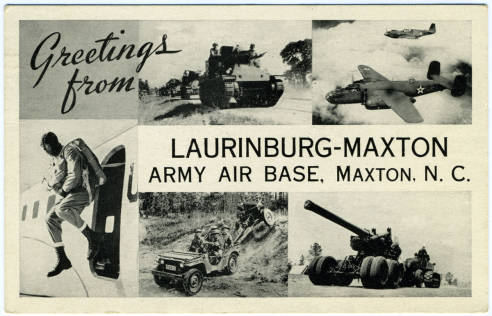 Laurinburg-Maxton Army Air Base was a vital installation during World War II for developing airborne operations and training glider pilots. Located in Scotland County, the base with 4,644 acres was the largest facility in the world for training pilots to fly the CG-4A, the most widely used American military troop and cargo glider of the war. The base was actively used from 1942 until 1945, and at its peak 10,000 soldiers were stationed here.

Maj. Gen. William C. Lee (1917-1948), a N.C. native who was known as the “Father of the Airborne” for his leadership in organizing Army airborne units, was responsible for construction of the base. It was activated on August 28, 1942 for training and equipping glider units to operate with paratroop, infantry, artillery, engineer and medical units. Soldiers who received training elsewhere in the United States were also transferred here to complete their training. High-ranking Army officials, including Generals Dwight D. Eisenhower and George Marshall, visited often to observe parachute and glider training.

Army units trained at the base were deployed to North Africa as part of the Operation Torch landings in West Africa in November 1942 as well as the invasions of Sicily and Italy in mid-1943. In early 1944, the base began training student officers in advanced glider techniques and ground fighting. 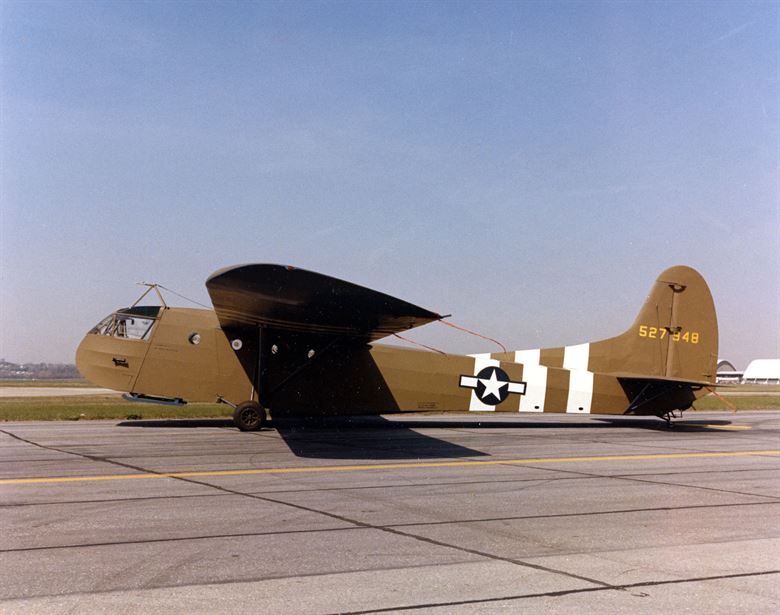 Glider training was focused on preparing for the planned invasions of Europe, and the CG-4A was an integral part of the training. Constructed of fabric-covered wood and metal, it was crewed by a pilot and copilot. A glider could carry 13 soldiers and their equipment. More than 13,900 CG-4As were produced for the war effort. They were initially flown in combat operations in July 1943 during the Allied invasion of Sicily. In addition to contributing to the U.S. airborne landings on June 6, 1944 in Normandy, they participated in other important airborne operations in Europe and Asia.

A glider was towed into the air by a C-47, a military transport aircraft, that was connected to it by a tow rope. The glider pilots were taught how to fly their unpowered craft behind the tow aircraft and land it successfully. A significant concept taught at the base was the “snatch pickup,” a procedure to retrieve a glider on the ground by a C-47 flying over it. At the base, C-47 pilots were also trained on how to tow the CG-4A gliders.

Major structures at the base included hangars, barracks, warehouses, hospitals, dental clinics, dining halls, and maintenance shops. They were constructed cheaply with structural stability to last only during the war. The base had three 6,500-foot runways that formed a triangle. The triangle’s center of 510 acres was used as the landing site for gliders.

After the war ended, the base was deactivated at the end of October 1945. When it closed, the towns of Laurinburg and Maxton took over the airport and its remaining facilities from the Department of Defense and formed a commission to manage them and the surrounding land.

The former base is now the Laurinburg-Maxton Airport, which maintains two runways and serves industrial, commercial, private and governmental customers. 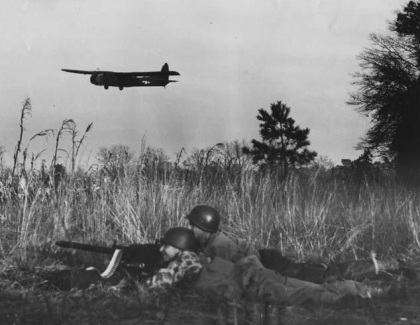