Dick Knight, a Kinston resident and musician, recalled that the James Brown Band “was almost like a Kinston band”: 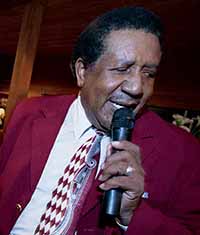 Nathaniel “Nat” Jones was one of the first Kinston musicians Brown hired. Jones studied with the Adkin High School band teacher, Geneva Perry, who had been a professional saxophonist touring with the International Sweethearts of Rhythm before she settled in Kinston. Perry was a life-changing figure for Jones and many other musicians from Lenoir County. 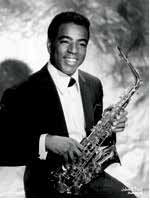 In the spring of 1964, he auditioned for James Brown, and left teaching to become a full-time touring musician. He became the musical director of the James Brown Band and co-wrote songs with Brown. When the James Brown Band appeared on The Ed Sullivan Show in 1966, Jones played the famous saxophone solo on “I Got You (I Feel Good).”

Jones led the way for other young musicians from eastern North Carolina to tour and record with James Brown. Jones’s student, the trombonist Levi Raspberry, followed, as did the trumpet-playing Florida native and Kinston resident Dick Knight, the drummer Sam Lathan from Wilson, and Kinston’s own Parker brothers, the drummer Melvin and Maceo, a saxophonist.

Melvin Parker recalls meeting James Brown in Greensboro, North Carolina, when he and Maceo were students at North Carolina A & T University:

Keep reading  >> Geneva Perry: From the International Sweethearts of Rhythm to Adkin High