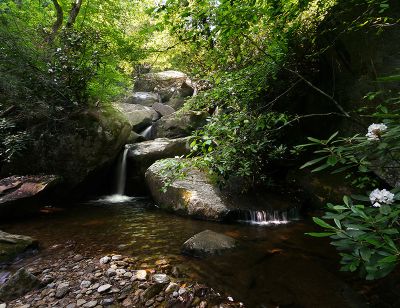 First came the miners.  All they wanted were a few minerals and there were plenty.

Then came the lumberjacks.  All they wanted were a few trees and there were plenty.

Then came the railroad men.  All they wanted was a little space to travel up the mountain and there was plenty.

Then came the mill.  Lumber was needed for construction and the mill made plenty.

And then came the lumber camps, housing, and loggers by the hundreds.  Lots of men were needed for labor and the camps provided plenty.

The economy was booming.  It was the land of opportunity.  And everyone thought there was plenty – except for a few, who were afraid that soon there would be none.

Trees were cut by the hundreds.  Whole forests were destroyed.  And, the few became outraged and appealed to the governor who insisted that it stop, and he convinced the legislature to establish the first state park.  And then there was one.

That was in 1915.  What started out as one small plot of public land has grown into 66 properties across the State.  The 38 state parks and recreation areas, plus an additional 28 state rivers, lakes, trails and natural areas include 211,964 acres. The state parks system attracted more than 13.4 million visitors in 2007.

During 2007, the N.C. Division of Parks and Recreation conducted a study that determined state parks are significant contributors to North Carolina's economy. Park visitors spent at least $139 million annually; this sum includes money pumped straight into the communities surrounding the parks. State parks contribute $289 million to local economies annually, as well as $120 million to local residents' income according to the analysis conducted by North Carolina State University.

*During the time Morse served in World War II, R.J. Pearce served in an acting role.