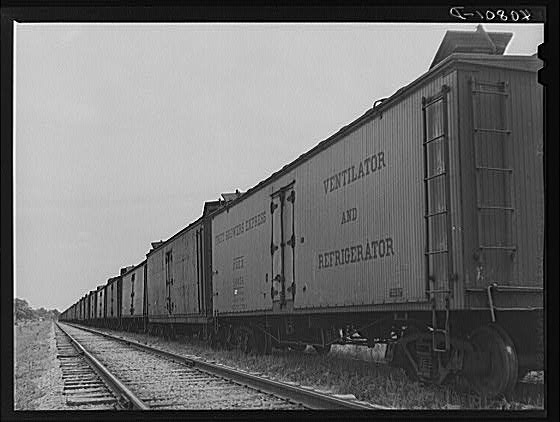 Freight rates in North Carolina, as in most American states, were regulated from the late nineteenth century until the 1970s. In 1890 the Farmers' Alliance elected many members of the N.C. General Assembly, and the resulting 1891 "farmers' legislature" passed the initial bill creating the Board of Railroad Commissioners. The board was charged with fixing reasonable freight and passenger rates, preventing rate discrimination, and supervising express, steamboat, and canal companies as well as railroads.

In 1899 the Republican-controlled legislature abolished the Board of Railroad Commissioners and created the Corporation Commission. By the mid-1920s, trucks were becoming an important mode of freight transport, and in 1925 the General Assembly gave the Corporation Commission jurisdiction over persons and corporations transporting intrastate freight for hire over state highways. The regulation of highway transport was strengthened by the 1947 General Assembly through the North Carolina Truck Act. This act required that highway shippers in North Carolina operate safe equipment, hold insurance, publish rates and charges, collect no more or less than those rates and charges, and serve all shippers.

The name, size, and exact form of the regulatory body changed a number of times after the formation of the Corporation Commission in 1899. Recognizing the importance of utility regulation and the increase it caused in the duties of the commission, the commission was expanded and renamed the Office of Utilities Commissioner in 1933. In 1941 that office was abolished and replaced with the North Carolina Utilities Commission by the General Assembly.

Until the 1980s, state utility regulators dealt with changes in intrastate freight rates charged by both railroad and trucking companies. The last intrastate railroad rate case was decided in 1981; the last motor truck rate case was in 1983, though the Utilities Commission continued to issue certificates for operation after that date. Deregulation of freight rates, both rail and truck, began in earnest in the mid-1970s. The federal Railroad Revitalization and Regulatory Reform Act of 1976 allowed railroads some flexibility in setting interstate rates. The federal Staggers Rail Act and the Motor Carrier Act (both 1980) furthered deregulation of interstate freight rates and established the current system in which rates are generally set by railroads and trucking companies according to the market.

"Freight cars at Camden, North Carolina, grading station. All along the line are potatoes being loaded ." Created by Jack Delano, 1940. Image courtesy of Library of Congress. Available from http://www.loc.gov/pictures/item/fsa2000022245/PP/ (November 26, 2012).