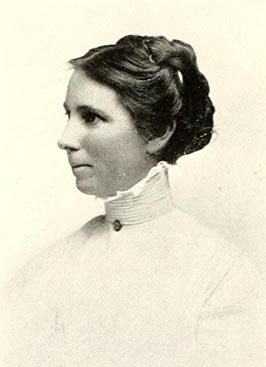 Ada Martitia Field, teacher and researcher in nutrition, was born near Climax, N.C., the daughter of Christopher and Louise Emily Wilson Field. Because of a heart defect she was forced to live a circumscribed life, yet it was filled with activity. She was graduated from Guilford College with a B.S. in chemistry in 1898 and attended Bryn Mawr for three years. From 1908 to 1909 she was employed as an instructor in chemistry at Washington University, Seattle, which awarded her an M.A. degree in science in 1909. Returning to North Carolina, she was professor of chemistry at Guilford College from 1910 to 1912. Because of her deep interest in nutrition, she accepted an invitation to be a lecturer on nutrition at Woman's College of New York from 1913 to 1914, at the same time serving as an instructor at Teachers College, Columbia University. From 1914 to 1925 she was assistant and associate professor of home economics at George Peabody College, Nashville, Tenn. These, she said, were the happiest years of her life and the ones that produced her most fruitful teaching. Afterwards she returned to Columbia University for the doctorate in organic chemistry, which she received in 1928 at the age of fifty-one. From 1929 to 1931 she was a lecturer at the University of California.

In 1931 she retired from teaching to do private research in nutrition. Having built a flour mill near Guilford College, she succeeded in discovering how to mill wheat and preserve the heart bud so that flour could be stored indefinitely. Her product was a true whole wheat flour called "Good Wheat," a name registered by her and manufactured and marketed by the Lexington Roller Mills, Inc., in Kentucky.

Ada Field was a devoted teacher, a disciplined scientist, a researcher and humanitarian, and a believer in peace through education. She was a sincere worker for peace through the Society of Friends (Quakers) of which she was a member. She died in Greensboro.

there is no picture of ada

Thanks for commenting. I've

Thanks for commenting. I've located a picture of her and added it to the entry!