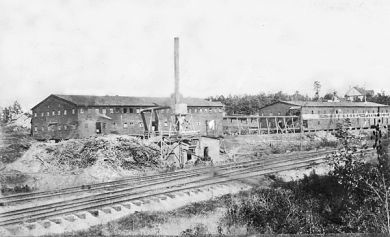 Drexel for many years sold home and institutional furniture both domestically and abroad. Many of the best-known hotels in the world purchased Drexel furniture, and contracts with the U.S. State Department and the General Services Administration placed Drexel furniture in American embassies and government offices all over the world. In 2004 Drexel Heritage Furniture Industries, Inc., as part of Furniture Brands International, was based in High Point and had 1,300 employees working at several facilities in North Carolina. It remained one of the nation's leading residential furniture manufacturers, producing a variety of wooden and upholstered furniture under several brand names.