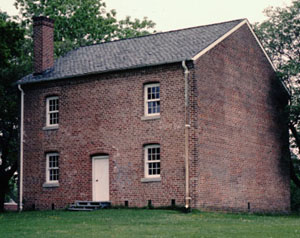 From the time of the earliest colonial settlements until the mid-nineteenth century, imprisonment for debt was common in North Carolina and throughout British North America. Legal procedures for imprisoning a debtor in default were introduced into the American colonies from Great Britain, where English law generally held borrowers strictly accountable for their financial obligations and allowed individuals to be jailed at their own expense in the event of default. The purpose of the law was to provide creditors a forceful means of collecting payment on a debt.

During the early colonial period, North Carolina was burdened with an unsavory reputation as a haven for irresponsible debtors and runaway indentured servants, in part because of a 1669 law that protected new settlers from foreign creditors for a period of five years. (Virginia and South Carolina particularly berated North Carolina for harboring debtors, although those neighboring colonies enacted laws granting similar protections during the 1600s.) Despite the 1669 law and North Carolina's reputation as a haven for idle debtors, early colonial North Carolina generally adhered to traditional English law in holding borrowers fully responsible for debts and making them subject to imprisonment for default.

Imprisonment for debt (except in cases of fraud) was abolished by the North Carolina General Assembly in 1867. The legislative ban was confirmed the following year under the North Carolina Constitution of 1868. Developments in the law leading to the eventual abolition of imprisonment for debt did not follow a gradual and consistent trend favoring more lenient treatment of defaulters on loans. Instead, changes in the law occurred in a series of sporadic legislative measures and court decisions that reflected changing economic conditions, regional political differences within the state, and an awareness of practical considerations as well as moral and humanitarian concerns.