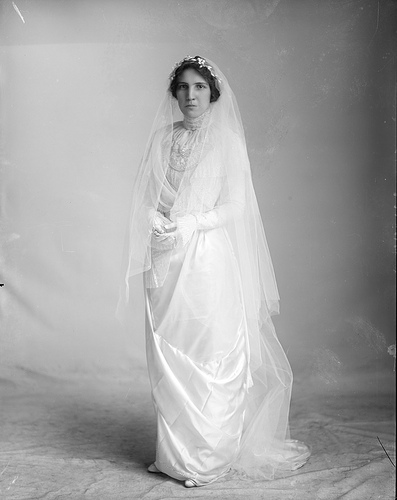 Courtship customs in North Carolina have generally followed the same trends evident in the rest of the United States, with slight differences owing to the historically agrarian and rural nature of the state. Activities deemed appropriate and conducive to courting were influenced by the leisure activities of the general population, such as barn raisings, county fairs, and hayrides. Other early leisure activities where couples could exchange glances and perhaps become acquainted were religious revival and camp meetings; school talent exhibitions; ball games; bicycle, horseback, and buggy rides; ice skating outings; strolls or promenades; and church "dinners on the grounds." Any social occasion was an opportunity for couples to get to know each other, and North Carolinians have not lacked for dinners, dances, balls, plays, pageants, ice cream socials, church homecomings, parades, weddings, christenings, guitar "picking" sessions, and sing-alongs on the front porch or around the piano in the parlor.

A custom that flourished in the New England states and that may have been practiced in rural North Carolina areas was "bundling," or allowing a fully clothed couple to "laugh and whisper together in bed, under supervision." Bundling may have developed because homes were small and had no separate place for couples to be alone together, fuel was scarce and could be used sparingly in the house if the couple was warmed under blankets and quilts, and working hours were long, necessitating that most courting opportunities occurred at night. The practice died out in the early 1800s as bigger houses with front parlors became the norm. Disdain from outsiders and pressures from clergy also hastened bundling's demise.

Two innovations that dramatically changed courtship practices in the state and nation were automobiles and the movies. With the appearance of the automobile, particularly closed cars, a couple's "mobile parlor" enabled them to attend parties and dances in towns miles away. Driving became a favorite pastime and, coupled with a leisurely picnic, an ideal courting activity. The automobile provided the means to conduct the private act of courtship in the public world. Going to the movies was "buying dark and privacy in a crowd." Keeping company in the parlor was replaced with Coke dates, movies, and "parking." Going to the movies on Saturday night became a standard date, and drive-in movies and lovers' lanes provided places for couples to nurture their relationships.

During war times, couples courted their loved ones with letters and messages sent through friends and acquaintances. Women wore lockets containing the hair of their beloved, while men carried pictures of their loved one close to their hearts. World War I fueled the pen pal courtship; girls felt it was their patriotic duty to write to lonely soldiers. Broadcast messages of love were sent from overseas back to sweethearts in North Carolina. During World War II, canteens and USOs sprang up around military bases to provide a haven where dancing and socializing were encouraged and opportunities to meet people from different backgrounds flourished.

With North Carolina's economy booming after World War II, roller skating gained in popularity, and swimming pools also became a popular hangout. Dances, or sock hops, were the rage of the 1950s, much like discos would become in the 1970s. Courtship for North Carolinians after the turbulent 1960s has been most affected by a relaxation of sexual mores. While couples may become acquainted by participating in many of the same leisure activities as previous generations, they also may live together openly without marriage ties and for the most part without negative social stigma. The emergence of computers, and particularly the Internet, into everyday lives has opened up the entire world as a meeting place for potential couples. For many, "computer dating" is the courtship practice of the day. Courtship customs for North Carolinians continue to mirror the trends of the national culture and borrow from international influences as modern means of communication make the world a smaller place.

Beth L. Bailey, From Front Porch to Back Seat: Courtship in Twentieth-Century America (1988).