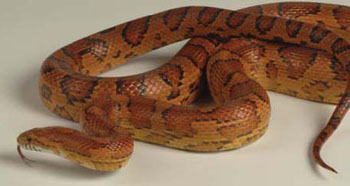 Mostly rodents and other small mammals and birds and their eggs. Juveniles in 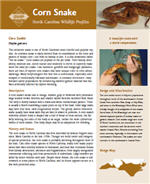 Most mating takes place in the spring. Females lay a clutch of 3 to 31 white, leathery-shelled eggs in late spring, in a damp, sheltered spot such as a rotten log, tree cavity or sawdust pile. Eggs hatch in late summer with no parental care.

Hatchlings average 12 to 14 in. in length, and about the thickness of a pencil. They resemble adults but are normally more drab, with dark reddish brown blotches on a grayish background.

One individual lived over 32 years in captivity. Most wild corn snakes probably do not survive to adulthood.

The corn snake occurs in disjunct populations throughout much of the southeastern United States from southern New Jersey to Key West, and west to the Mississippi River. What were initially thought of as subspecies of corn snakes found west of the Mississippi are now considered separate species of snakes, based on genetic research. Corn snakes range over much of North Carolina but are uncommon in the northern mountains and the extreme northeastern Coastal Plain. Records are lacking from some counties, especially in the western and north eastern Piedmont. The snakes are most common in the southeastern Coastal Plain. 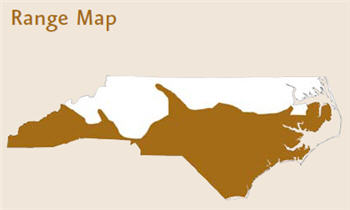 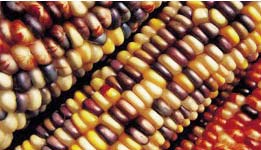 This attractive snake is one of North Carolina’s most colorful and popular reptiles. Its common name is likely derived from its resemblance to the color and pattern of Indian corn—not from its habitat or diet. It is also sometimes called “red rat snake.” Corn snakes are popular in the pet trade. Their beauty, availability, medium size, docile nature and tendency to thrive in captivity make them the ideal pet snake. Like hamsters, gold fish and budgerigar parakeets, there are lines of captive corn snakes that have unique color or even albino markings. Many herpetologists feel that this is unfortunate, especially since escaped or intentionally liberated individuals—a common occurrence—may threaten native populations by introducing harmful genetic material that has been artificially selected by captive breeding. 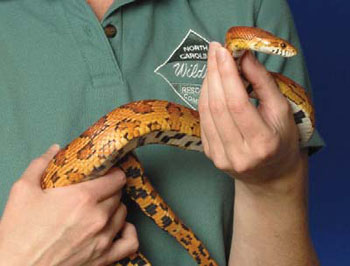 A corn snake’s dorsal side is orange, reddish, gray or brownish with prominent large reddish brown blotch es and smaller lateral blotches bordered with black. The belly is boldly marked with a black-and-white checkerboard pattern. There is usually a blotch resembling a spear point on top of the head. Some large males may have four faint, dark longitudinal stripes. The glossy, almost iridescent scales usually have weak keels that are faint or absent in juveniles. A corn snake’s relatively slender body is shaped like a loaf of bread in cross-section, the flat belly meeting the sides of the body at an angle, unlike the more cylindrical bodies of most snakes. This body shape may be an adaptation for climbing.

The corn snake in North Carolina was first described by famous English naturalist, Mark Catesby in the late 1700s. Though not listed under any category of special protection, the corn snake is probably declining throughout most of the state. Like other snake species in North Carolina, many corn snake populations have been severely reduced or eliminated, and most face continued threats from habitat destruction, alteration and fragmentation; from largely unregulated commercial collecting; and from persecution of individuals. Large numbers are killed by motor vehicles each year. Despite these threats, the corn snake is still common in some places in North Carolina, and its future appears secure in a few well-protected areas.

Corn snakes inhabit a wide variety of terrestrial habitats in North Carolina. They are most common in the pine-wiregrass flatwoods and sandhills of the central and southern Coastal Plain, and least common in the mountainous areas of Western North Carolina. They climb well when looking for prey in trees, but are also often found on the ground. Corn snakes are largely nocturnal, and individuals are frequently encountered on roads at night. During the day they will often hide under loose bark on logs or dead trees, or take refuge in stump holes or rodent burrows, especially in pine forests. Old building sites with abundant scrap metal and other debris are good places to encounter corn snakes. When frightened or alarmed, a corn snake normally attempts to escape. A cornered individual may assume a defensive posture, vibrating its tail and striking repeatedly. Temperament varies, however, and some specimens never attempt to bite, even when first caught. Like all other North Carolina snakes, corn snakes produce a foul-smelling musk from glands beneath the base of their tail. Corn snakes kill active prey — largely mice, other small mammals, and even birds — by constriction. Their natural predators include hawks, carnivorous mammals, eastern kingsnakes and black racers. In winter, corn snakes hibernate in burrows below the frost line, but they may emerge to bask on warm days.

Interactions between humans and corn snakes run from one extreme to the other. Many persons still hate and fear snakes and kill the completely harmless corn snake on sight, either mistaking it for a venomous species or simply killing it because it is a snake. Other people breed corn snakes in a bewildering array of color and pattern mutations to meet an ever-increasing demand for these animals as pets. Corn snakes eat rodents and may thus be considered “economically beneficial.” As pets they may provide their keepers enjoyment, as well as some measure of appreciation for snakes and other creatures. There is also money to be made selling corn snakes, and they must thus be considered commercially valuable. Overall, corn snakes are one of the many amazing reptiles of North Carolina that deserve respect and should be allowed to live unhampered in natural habitats. 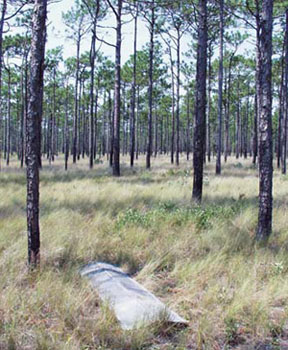 Corn snakes are relatively common throughout much of N.C. and the monitoring of corn snake populations can quickly alert biologists to any potential declines. At home primarily in upland habitats, the corn snake has the potential to experience reduced populations as these high and dry areas are often prized as construction sites. One way to monitor corn snakes is through the use of artificial cover materials consisting of plywood boards, concrete blocks, roofing shingles and other materials. Roofing tin seems to be the most effective material to attract these snakes. Snakes will seek out these sheets of metal for thermoregulation and as a result, this method is particularly successful during spring and fall.

Dorcas, Michael E. A Guide to the Snakes of North Carolina (Ophidian Publishers, 2005).

I have a corn snake who lives

I have a corn snake who lives in my back yard and comes out every once in awhile i have a project on them and i got some nice pics of it! Its very friendly and even let me touch him! I love that snake and I want to learn more too!

dose anyone Know how fast the

but im not sure, i need to know. Thx

Yes, they do live in the wild. You might find this article helpful. There is a bit more information. https://www.ncwildlife.org/Portals/0/Learning/documents/Profiles/cornsna....

Do corn snakes have any

Do corn snakes have any specific traits that help them survive? What struggles do they face to survive? Thanks!

I’m working on a school

I’m working on a school project. What percent of the babies survive in the wild? Thanks, please reply soon!!

Just got a corn snake

Just got a corn snake