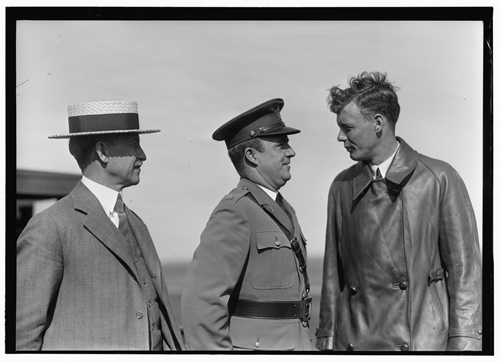 Orville Wright, aviation pioneer, the fourth of five surviving children, was born at Dayton, Ohio, the son of Milton and Susan Catherine Koerner Wright. He shared his brother Wilbur's interest in aviation and their careers were inseparable.

In 1914 Orville bought the stock of all but one of the other stockholders in the Wright Company as a step towards getting entirely out of business. He sold the company in 1915 to a group of eastern capitalists. In 1929 the Wright Aeronautical Corporation merged with Curtiss Airplane and Motor Company to form Curtiss-Wright.

In 1916 Orville built an office workshop in Dayton that remained his headquarters for the rest of his life. During World War I he served as a consultant to the Army Signal Corps and as director of engineering for the Dayton Wright Company, which built Liberty motors and the American version of the De Haviland airplane. He continued to carry on experiments and in 1924 patented the "split wing-flap" for use in slowing down an airplane for landing. He was present at the dedication of the sixty-foot granite monument on top of Kill Devil Hill in November 1932. The site is now a national park.

The airplane flown at Kitty Hawk in 1903 had a long and circuitous route to its place in the Smithsonian Institution. In an apparent attempt to emphasize the contribution to aviation of Samuel P. Langley, former director of the Smithsonian, the institution proposed in 1910 to place a model of the 1908 Wright machine flown at Fort Myer alongside a full-size model of the Langley machine of 1903, which had never flown. Dr. Charles D. Walcott, secretary of the Smithsonian, did not even ask the Wrights for their 1903 airplane. Relations were embittered by the Smithsonian's loan of the Langley airplane in 1914 to Glenn H. Curtiss, who made numerous changes in the structure and engine that enabled him to fly it for a five-second duration in the hope of strengthening his appeal of the patent infringement suit brought by the Wright Company. The Smithsonian Institution's annual reports of 1915–18 recorded the flights without noting the fundamental changes made by Curtiss. After an interview with Walcott in 1916, Orville concluded that the Smithsonian still did not want the 1903 Wright airplane exhibited beside the Langley machine.

In 1928 Orville acceded to the request of the Science Museum at South Kensington, London, to exhibit the airplane. The controversy with the Smithsonian was not settled until 1942, when Walcott's successor published a retraction of the earlier statements and a full apology. Orville then offered the original plane to the Smithsonian. Because of war conditions it was not returned to the United States until 1948. The airplane was formally installed at the Smithsonian on 17 December 1948, eleven months after Orville's death at Dayton. Like his brother he never married.

Barbara Craig, The Wright Brothers and Their Development of the Airplane (1967).

Orville Wright, How We Invented the Airplane (1953).